Arreola feels that Ruiz (35-2, 22 KOs) is easy to hit, and with Wilder’s power, he will knock him out. Last year, Arreola lost a 12 round unanimous decision to Ruiz, but he had him down in the second round and hurt.

What’s interesting is that Wilder has done well in close in his last two fights, dropping Robert Helenius and Tyson Fury with short right hands. This suggests that Ruiz is going to be at risk no matter where he’s at in the ring.

It’s still unclear whether Wilder will face Ruiz next, as he’s interested in fighting IBF, WBA & WBO champion Oleksandr Usyk, and his co-manager Shelly Finkel is hoping a fight with Anthony Joshua can happen.

Last Saturday night, Wilder returned to the ring from a long year layoff and knocked out his old sparring partner Helenius (31-4, 20 KOs) in the first round at the Barclays Center in Brooklyn, New York.

“The scorecards were f***g horse s**t, and let’s be honest. I was hitting him with jabs and right hands. If Wilder is hitting him like I was with right hands, he’s going to put him out.

“I wish him all the best of luck, and I hope that fight happens because I want to watch it.

“Of course, you lose nothing by losing to the best,” Arreola said when asked if Wilder has lost his killer instinct from his two losses to Tyson Fury.

“Losing to a better opponent, there’s no shame in that. He [Wilder] may have lost the fight, but he didn’t lose the fans. He’s got much more fans from losing to Fury than he did than winning all those other fights because he showed heart.

“He showed courage, and he showed a different side of him that the common boxing fan don’t see. He went through bad times in that fight, especially in that fight. He got dropped, and then he got back up and dropped him.

“It’s one of those fights that don’t break you. It makes you into a different stratosphere kind of fighter,” said Arreola. 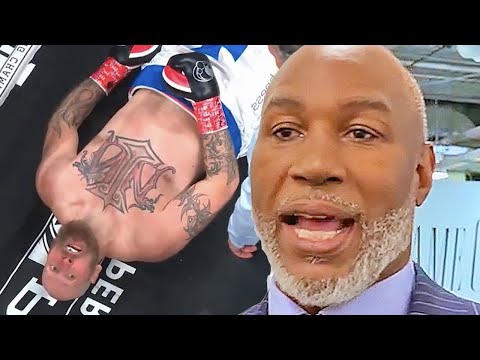