“Fury is in the driver’s seat” says Dean Whyte

By Barry Holbrook: Dean Whyte says Tyson Fury can fight whoever he wants, be it Manuel Charr or whoever, for his next contest on December 3rd.

Whyte feels that Joshua’s marketing machine doesn’t allow him to move quickly to put a fight together. Hence, his contract situation for the Fury fight has been moving at a glacially slow pace.

As a result, Fury doesn’t have the patience to wait for Joshua’s management to slowly work through the contest, so he’s looking at potentially abandoning the fight.

Dean prefers that Fury not fight Anthony Joshua just yet because he’s coming off a loss to Oleksandr Usyk, and he has rebuilding that he needs to do mentally & physically.

“Fury is in the driver’s seat. He can fight whoever he wants,” said Dean Whyte to iFL TV. “I’d like to see him fight Joshua, but not yet. Joshua is coming off a loss. I feel like Joshua has got a bit of things to do. He needs to repair physically & mentally.

“He needs a little bit of a break and then come back next year reinvigorated and rejuvenated and hopefully work on some things. I think he does a little bit better with Tyson Fury in terms of styles because when you fight a southpaw [Oleksandr Usyk], it’s a lot tricky.

“Fury is the top dog. I still think if it’s orthodox to orthodox, he [Joshua] does a lot better. Fury is a switch-hitter, so it’ll be an interesting fight, nevertheless.

“Them kinds of fights that quick, especially Joshua. His marketing machine and his profile doesn’t allow him to move as quickly. Even Dillian’s fight with Fury, it kind of dragged out for a long time before it got completed because there are things that need doing.

“When you’re a high profile fighter, it’s like that. Joshua is the poster boy in boxing. It is a bit complicated. That fight will come in time.

“I won’t be anticipating that fight. Manuel Charr is going to sleep,” said Whyte about Fury’s possible next fight against Charr. “He’s a character.

“I think he’ll sell the fight. Was it Mairis Briedis that put him to sleep? I’m not interested in this fight. He looks like he put on a little weight. He got shot a couple of times, and it probably made him more resilient.

“The Gypsy King just wants to fight. Next year, he might really retire. That’s something I’m hearing in the grapevine,” said Whyte. 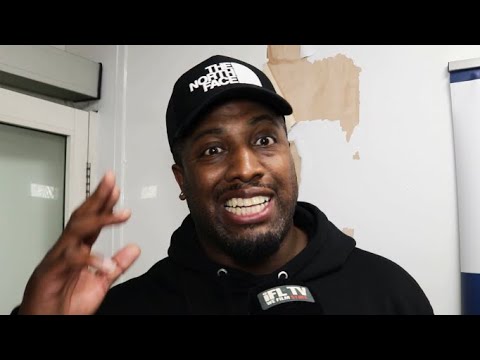