By Craig Page: Former world title challenger Chris Arreola says he will bring the fight to Anthony Joshua to ensure he knows he’s in a fight if the two battle in December.

Joshua and his promoter Eddie Hearn had briefly attempted to negotiate a fight with Tyson Fury, but after two bizarre deadlines by the erratic-acting ‘Gypsy King,’ AJ quit the talks and moved on.

If everything goes well, Joshua and Arreola, 41, will fight on December 3rd.

Arreola hasn’t fought this year, and he’s lost his last two contests. Like Joshua, Arreola has been beaten in three out of his last five fights, and his career has seen better days.

It makes sense for Team Joshua to pick Arreola for December 3rd because he’s well-known in the U.S, and he would bring in a lot of Mexican fans interested in seeing him.

“There are talks, and they’re trying to figure out if something happens,” said Chris Arreola to Fighthype about a fight against Anthony Joshua. “If it doesn’t happen, it doesn’t matter to me. I’m fighting regardless. I’m fighting in December.

“It’s either you, Joshua or someone else. Whoever it is, they’re going to have a nightmare that day. I’m going to tell you the truth. I’m the type of fighter that loves fighting. I love what I do.

“There could be something there,” said Arreola when told that one of Joshua’s losses was to a Mexican fighter in Andy Ruiz Jr. “That’s why he went to go get a Mexican trainer because he needed to learn a little Mexican style, do you know what I mean?

“Just one training camp with a Mexican trainer ain’t going to make you a Mexican fighter, as we’ve seen. The first couple of rounds with him and Usyk looked like he was doing some Mexican thing that he learned from Diaz. But after a while, you go back to your old tricks, and we seen how it went down with Usyk.

“That’s one of the things that’s been in the works. I’ll take that fight,” said Arreola to ESNEWS about the Anthony Joshua fight in December. “You like it; I love it.

“Joshua, don’t be a b**ch. Let’s make this mother f***er happen. I’m a fighter; I love fighting. Let’s make this fight. Here, there,  anywhere, wherever you want to f***ing call it. I’m willing,” said Arreola. 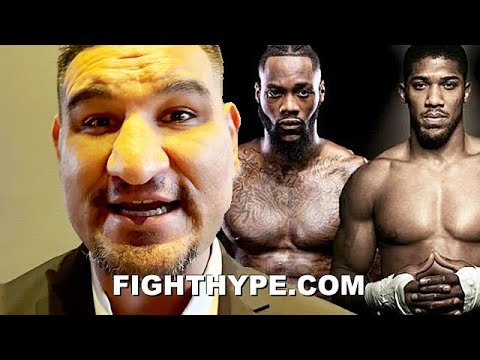