By Charles Brun: Oleksandr Usyk says he saw Anthony Joshua as just a “poor fool” after he threw two of his heavyweight titles out of the ring in their rematch on August 20th.

Usyk (20-0, 13 KOs) states that the former unified champion Joshua (24-3, 22 KOs) reminded him of a “little boy” that had his ball taken away from him. So instead of dealing with it in a mature way, he throws the ball over the fence.

To be sure, Joshua looked silly throwing Usyk’s belts outside of the ring because it just showed that he’s a poor loser. After picking up his second win over Joshua, Usyk showed that he’s the superior fighter, and it was a mistake on AJ’s part to rematch the talent.

Joshua is now putting his career on the line by fighting Tyson Fury on December 3rd. It’s pretty clear that Joshua needs saving from himself right now. Ideally, AJ’s promoter Eddie Hearn would put his foot down and not allow him to throw his career away by fighting Fury.

If Hearn is afraid to upset Joshua and get on his bad side, it doesn’t matter because his career will be down the tubes after a loss to Fury in December. I can’t see the legendary promoter Bob Arum letting Joshua dictate who he’s going to fight without making a riot case out of it.

“I thought, ‘What a poor fool.’ He reminded me of a little boy who wanted to play with a ball, but it was taken from him, so he decided to throw it over the neighbor’s fence,” said Oleksandr Usyk USYK17 when asked what he thought when Joshua threw two of his belts outside of the ring.

Usyk isn’t happy about Fury choosing to fight Joshua next rather than facing him in February or March. He feels that Fury is afraid of him of him because he’s a bad style match-up for the big 6’9″ Brit.

“Despite his toughness and how he is generally described, he is afraid. Yes, of me,” said Usyk.

“Well, if they sign the contract, they will punch each other for a while,” said Usyk about Fury fighting Anthony Joshua in December. “But everyone is expecting Usyk vs. Fury.

“I will support neither of them; I won’t even watch this fight. I don’t want to. Okay, I’m just joking.” 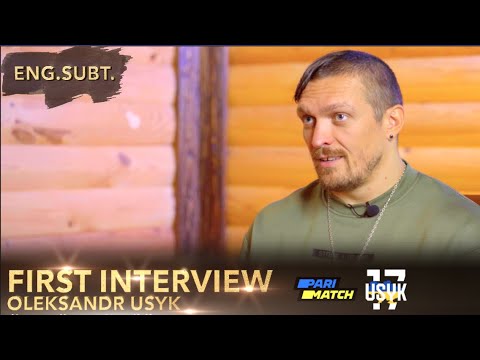 Eddie Hearn insists Canelo vs. Golovkin III “was a success” »