Warren still trying to get Fury vs. Joshua fight done

By Barry Holbrook: Promoter Frank Warren revealed that he’s still trying to get the Tyson Fury vs. Anthony Joshua fight done for December 3rd despite the deadline passing.

Fury had set a 5:00 p.m. deadline today, and when it passed without Joshua signed, he announced that he was moving on. However, that’s not stopped Warren from continuing to work hard to get the Fury-Joshua fight over the line for December 3rd, and he’s hopeful he can get it done.

It’s believed that the backup option for Fury (32-0-1, 23 KOs) is Manuel Charr, waiting on standby to get the call to replace Joshua if there’s no deal.

Fury vs. Charr is an underwhelming fight by any measure, but in this situation, what well can you do?

The boxing public wouldn’t put up with journeyman Derek Chisora being trotted out as Fury’s opponent, given that he’s lost three out of his last four fights.

“We’re trying to get it done today. We’re working very hard to get it over the line,” said Frank Warren to talkSPORT, giving the latest on the Tyson Fury vs. Anthony Joshua negotiations.

“Tyson Fury tells me what he wants. They’ve had the contract for ten days and lost patience with it. We’re trying to make it work. There was a good meeting today. We’ll see what happens.

“My son George spoke with the other side today, and they said we’d get it back. So, we’re waiting for it. Well, because how long can we keep pushing it back,” said Warren when asked why it can’t wait until tomorrow or Wednesday.

“We’re not that far from December the 3rd. We got to get it up on sale. There’s a lot of organization involved. If he [Joshua] doesn’t take the fight, then he has to fight his way back into a mandatory, and that may take him two or three fights if he wins them all,” Warren said about Joshua.

Running against the clock

“In the meantime, Tyson will fight now and fight Usyk in the spring. If he beats Usyk, he’ll have to fight Tyson anyway if he [Joshua] gets into the mandatory, and he’ll get 20%,” said Warren. “It’s a no-brainer what’s on the table.

“My heart says yes, but my brain, at the moment, with all these delays, we haven’t had the contract back yet,” said Warren when asked if he thinks the Fury vs. Joshua fight will happen on December 3rd.  “We’re running against the clock now.

“I think he will. He’s extended it a few times,” said Warren when asked if Fury will walk away from the fight if Joshua doesn’t sign by today. “I hope we get it done. It’s not the inside of the encyclopedia Britannica. It’s a pretty simple contract,” said Warren. 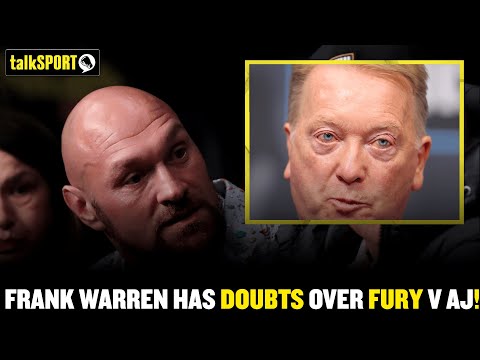 
« Is It Too Soon For A Keyshawn Davis vs Frank Martin Matchup ?