By Charles Brun: Tyson Fury and Eddie Hearn have both confirmed that negotiations are ongoing for the December 3rd fight. Hearn says the contract won’t be signed today, but he’s optimistic about the fight eventually getting done.

At this point, whatever Fury says in the public has to be seen as just noise with no bearing on who he’s actually going to be fighting in December. His promoters are still working on the Joshua fight, and that’s the fight that will clearly be happening next.

For their sake, hopefully, Fury doesn’t foul up future fights by setting unrealistic deadlines for his opponents and blabber about pulling out of fights for this or that.

Is Fury’s strange behavior a product of the two knockdowns that he suffered in his last fight against Deontay Wilder last October? Fury wasn’t doing all this crazy stuff before the last Wilder fight. Did getting dropped hard twice by Deontay cause this oddball behavior by Fury?

It’s unclear what happened to Fury to cause him to become such a nuisance when it comes to negotiating his fights. But he needs to let his promoters do their job.

In the meantime, Fury is all over the place, complaining as usual, and has, according to Hearn, offered journeyman Derek Chisora the fight. Fury recently said that Chisora turned down an offer for a fight.

Why he would want to look in Chisora’s direction after supposedly rejecting an offer is unknown.

Fury fighting the 38-year-old Chisora in December would be about as much of an albatross-level fight as Manuel Charr. I can’t imagine Fury’s promoters being overjoyed over the idea of him fighting Chisora on December 3rd.

“The deadline was Monday. Frank Warren asked me and convinced me to let it carry on for a couple of days,” said Tyson Fury on social media about the Anthony Joshua contract issues. “Today is Thursday.

“Even though I knew you wouldn’t sign this contract, I allowed Frank to continue doing meetings with your team. Now we have BT, DAZN, ESPN all on the same page. They’re happy with everything. They’re ready to rock and roll,” said Fury. 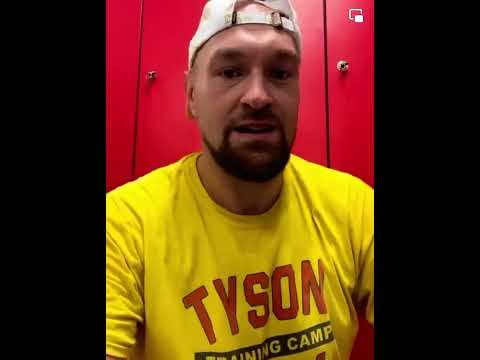