Bellew points out that Joshua (24-3, 22 KOs) is the bigger draw than Fury, and he’s coming off of a hard camp and an equally hard fight against Oleksandr Usyk on August 20th.

There’s no reason for Joshua to come back to fight in November against WBC heavyweight champion Fury, especially for a 60-40 split.

Bellew says that if it were a 50-50 split, it would be “reasonable” to possibly take it, but it doesn’t make sense otherwise.

Boxing fans argue that Joshua should be willing to rush back at Fury’s command and agree to his purse split because he’s unbeaten and holds the WBC title.

What they fail to understand is that means zero when it comes to who is the bigger money draw. That’s what really matters in this era, with each division watered down with world titles. It no longer matters if your are a champion or not. What matters is who brings in the fans.

“AJ is the biggest draw. If you’re going to be reasonable and say 50/50, it’d be crazy not to take it,” said Tony Bellew to talkSPORT. “But at 60/40, I would be hesitant. Because you bring an awful lot to the table, probably more than the champion himself.

“I don’t think. I know he is,” said Bellew when asked if he thinks Joshua is still the biggest draw in heavyweight boxing. “Let’s just look at the pay-per-view sales and buys. Let’s look at the marketability that comes to the table when he’s involved.

“Why is AJ involved in every fight we want to see? Do you know why? Because he’s the most marketable and the biggest draw. That’s why we all want to see him.

“If AJ announced he’s fighting Wilder, do you think anyone cares about Fury-Usyk? If these two fight on the same night, who are you tuning in to watch? AJ-Wilder or Fury-Usyk?

“It’s great the way Fury has turned his life around, but you are not the draw that AJ is.

“He’s [Joshua] just coming off a hard camp and a hard fight. Does he need it right now just because Tyson says so? Probably not. Can he afford not to take the opportunity? Probably not as well. I’m not so sure it does happen,” said Bellew. 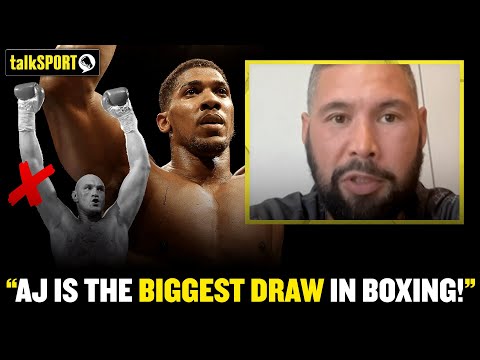