By Robert Segal: Former WBO super middleweight champion Caleb Plant says his goal is to get a rematch with Canelo Alvarez after he defeats Anthony Dirrell and cleans out the 168-lb division.

Plant (21-1, 12 KOs) says he’s going to try and set up a fight with David Benavidez next, but if he “acts silly,” he’ll immediately move on and negotiate a match against Jermall Charlo.

Those are the two guys that Plant wants and needs to put him in a strong position for a rematch with Canelo.

The third guy at 168 that Plant should fight to help earn a rematch with the Mexican star is Demetrius Andrade, who just moved up in weight after vacating his WBO 160-lb title.

Plant, 30, will be coming off a ten-month layoff and an eleventh-round knockout loss to Canelo last November when he faces the former two-time WBC 168-lb champion Dirrell (34-2-2, 25 KOs) in the co-feature bout on the Deontay Wilder vs. Robert Helenius card on FOX Sports PPV at the Barclays Center in Brooklyn, New York.

Dirrell possesses the kind of power that can give Plant a lot of problems if he gasses out as he did against Canelo and Jose Uzcategui. If Plant tires against Dirrell, he could get knocked out. Dirrell has too much power for Plant to gas out against him.

“Being at that level and everything that came with it,” said Caleb Plant on Brian Custer’s site. “I felt that I was well prepared, but now that I’ve been through it, I’ll be able to carry that experience with me into these bigger fights.

“There are some things that I would do differently, but I’m going to keep those to myself. I’m going to clear out the division and then get a rematch [with Canelo]. In the rematch, you’ll be able to figure out and see what’s going on.

“If they’re supposed to be throwing more punches than me, why are they standing around and looking at me? If I don’t hit hard enough, why aren’t they walking through it?

“In the Canelo fight, I was doing great; I was doing good. I got caught with a shot. That happens in big-time boxing. When two great fighters go up against each other, one of them is going to come up short.

“That was me this time. I’ve gained that experience, and I can take it with me moving forward into these other big fights. I’m just that much more seasoned.

“With the type of fight against Canelo and doing as well as I did, I wanted a big fight coming back,” said Plant when asked why he chose the 37-year-old Dirrell to fight for his return after losing to Canelo.

“He’s not going to the Hall of Fame, and he’s not had one successful title defense,” said Plant about Dirrell. “He wants to act like this isn’t something I’ve seen before. I’m coming off a fight against Canelo, and I had a great performance.

“Jose Uzcategui would have knocked him out. Rogelio Medina would have given him a barnburner. It’s not something I haven’t seen before.

“He can say what he wants to say and act the way he wants to act, but the bell is still going to ring on October 15th, and we’re going to find out.

“I don’t have no bad blood with him. He’s just another guy standing in my way, as far as I’m concerned. I don’t know what he’s talking about, ‘I’m walking around tough all the time.’

“That don’t make no sense to me. And other stuff like, ‘I hate him.’ I don’t know what his deal is. That’s for him to carry and live with. He’s just another dude in my way as I get back to the top of the division. On October 15th, I’m going to teach him a lesson.

“Now Breadman is with me. We have great chemistry. We’ve known each other for a long time. He’s a great coach and knows a lot of things. Him and my dad get along really well.

“Camp is going great. This is the best camp that I’ve had. You’re going to see the best Caleb Plant you’ve seen. On October 15th, you tune in and get the pay-per-view, and you’ll see firsthand for yourself the new and improved Caleb Plant.

“After Dirrell, I plan on making the biggest fight I possibly can at super middleweight division. If that’s with David Benavidez, then that’s the fight I want to make,” said Plant when asked if his next fight would be against David Benavidez.

“If he’s acting silly or acting funny because they say a lot of things, but behind closed doors, it’s not the same things that they say. They say they want to fight, even though I already got a fight lined up.

“They want to make it seem like I’m ducking. If they want to act funny, then I’ll step to [Jermall] Charlo, and we’ll make that fight happen. I’m not playing with none of those boys.

“I’m going to whoop Dirrell, and I’m going to step to David or Charlo, and we can make either one of those fights happen. They [Team Benavidez] already had a fight lined up with Lemieux, which was for the interim belt.

“I’m looking to become the undisputed champion. I’m looking to clean out the division and get my rematch with Canelo. But first things first, I’m fully focused on October 15th against Anthony Dirrell.

“I don’t have any other fights on my mind. I don’t care about fighting anybody else right now. I’m going to finish the plate of food in front of me, and then I’m going to move on to the next.

“Yes, absolutely. Whatever I got to do to clean out the division,” said Plant when asked if he’d be interested in fighting Demetrius Andrade at 168.

“To get my rematch with Canelo, that’s what I’m focused on, and that’s what I want to do. First things first, I’m just focused on Anthony. I’ve got two other big fights that can be made on the PBC side. I’m not turning nobody down.

“Yes, that’s a fight that I want. That’s a fight that the fans want and boxing needs. So I’m going to step right to that, and again, if we can’t get it done because they’re acting funny or silly like they have in the past, then I’ll step right to Charlo to see if I can get that fight made,” said Plant when asked if he’ll finally fight Benavidez next.

“You can use it for motivation, but I don’t take it personally because nine times out of ten, people that are talking down on you, they haven’t been in your shoes. They haven’t been doing what you’re doing.

“He’s a clown,” said Plant about Dirrell, who said that he has no power. “I believe Canelo wins,” said Plant when asked who wins the September 17th fight between Canelo Alvarez and Gennadiy Golovkin. 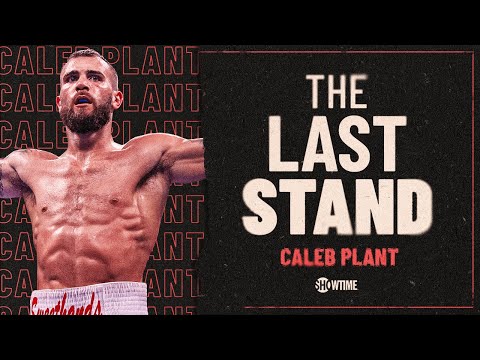