By Chris Williams: Terence Crawford is staying busy while he waits for the glacially slow negotiations for the undisputed welterweight championship against Errol Spence Jr. to finish up.

Many boxing fans and members of the media believe Crawford has got the beating of Spence, but I’m not so sure. Crawford still hasn’t faced anyone remotely as good as Spence, and he’s not a spring chicken anymore.

WBO 147-lb champion Crawford has been out of the ring for eleven months and will be coming off a long layoff when or if the fight against IBF, WBA & WBC champion Spence (28-0, 22 KOs) takes place

Besides a lot of ring rust, Crawford (38-0, 29 KOs) is turning 35 this month on September 28th, and that’s not young for the welterweight division.

If the negotiations don’t finish up soon, Crawford needs to consider returning to the ring to defend his WBO belt against the highest ranking available contender.

Vergil Ortiz Jr or Jaron ‘Boots’ Ennis would be ideal for Crawford, as long as he’s willing to take a huge step up in class from the guys he’s been facing since he moved up to 147 in 2018.

“Most of his fights, he’s done it as a southpaw, so I don’t think he’ll have a problem,” said Robert Garcia to K.O Artist Sports when asked if Terence Crawford will have a problem with Errol Spence’s southpaw stance. 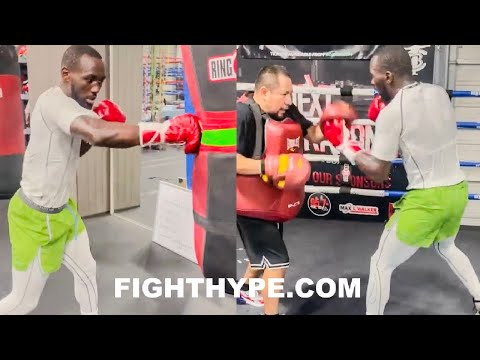 “I hope we see it before the end of the year. If they’re planning it for November, we don’t have much time for the tickets and for everything and the location. Maybe they already have everything done already, and they’re replaying with us.

“The fans want to start buying their tickets soon, and we want to start making plans. That’s a fight that everyone wants to see. Hopefully, it does happen. If it does, it’s going to be one of those fights where the fans are happy.

“It’s a 50-50 fight, a very close fight. I think Crawford has everything just as Spence does. Spence has an answer to everything. He’s a perfect fighter, but so is Crawford.

“I just feel, and I might be wrong too, but I just think Crawford has a little bit more of that dog in him. I just feel like it, and that’s why I lean towards Crawford.

“It’s a very tough decision, and that’s why it’s a very good fight because it’s hard to pick. 50-50. Honestly, anything can happen in that fight,” said Garcia. 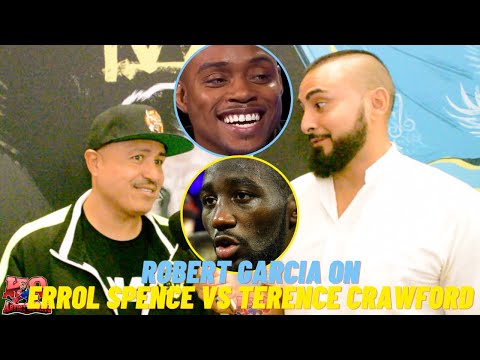