By Dan Ambrose: Shawn Porter says he was surprised at learning that Canelo Alvarez has decided that he doesn’t want to fight any Mexicans.

Porter says he understands where Canelo (57-2-2, 39 KOs) is coming from because he felt conflicted about fighting his friend Terence Crawford.

In the end, Porter chose to take the fight anyway because he recognized that Crawford was the best, and he wanted to compete against the top guys.

Porter thinks there’s a possibility that Canelo will change his mind about not wanting to fight Mexicans. There are too many excellent fights out there for Canelo against Gilberto ‘Zurdo’ Ramirez and David Benavidez to name just two.

If Canelo chooses not to change his mind, it could work in his favor because he would be up against it facing Benavidez and Zurdo.

Those would be tough fights for Canelo at any point in his career, but they would be especially difficult now with him 32 and coming off a loss to Dmitry Bivol.

“Once upon a time, me and Terence said we were never going to fight,” said Shawn Porter to Fighthype, reacting to Canelo Alvarez saying he won’t fight Mexicans.

“That was once upon a time and the thing kind of changed and evolved. Today, that’s how Canelo feels.

“I was surprised to hear that coming from you, but quickly, I reminded myself, ‘You been in that position before too.’ Maybe things will change, but if not, I was in that position, and I do understand it. I do respect it.

“Y’all may not like it, but its kind of is what it is. It’s coming from a place of respect. I’ll speak for myself. For me, it came from a place where me knowing Terence and feeling like, ‘That’s my guy, and I just don’t want to have to get in the ring and hit my guy.’

“I don’t know if that’s something that Canelo can do. To a degree, I think it’s interesting that he’s saying, ‘That’s my fellow countryman. I’m not going to fight him.’ We’ll see what happens.

“It came to a point where I was like, ‘I want to fight you,’ and Terence was like, ‘Hey, bro, Nah. What are we talking about?’ ‘You it.’ So both of those guys, Zurdo and Benavidez was like, ‘Hey, don’t forget.’ This is the fight game. We’re in here to get the best,'” said Porter. 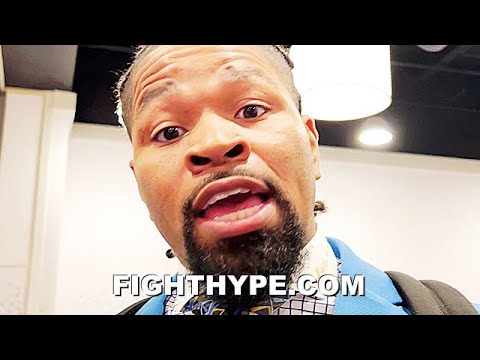