By Brian Webber: Rolando ‘Rolly’ Romero reacted with suspicion after being told that Gervonta ‘Tank’ Davis wants him to fight former lightweight world title challenger Isaac ‘Pitbull’ Cruz next in order to earn a rematch against him.

Instead of viewing what Tank said as a positive sign that he could potentially get a second lucrative fight, Rolly (14-1, 12 KOs) reacted negatively to the message, saying that Gervonta is trying to “eliminate” him and Pitbull Cruz from getting a rematch.

What Tank Davis (27-0, 25 KOs) is asking Rolly, 26, and Pitbull Cruz (24-2-1, 17 KOs) to do is quite reasonable, as they both need a significant win under their belts before a rematch with either of them would sell on pay-per-view.

“That’s because he’s scared of fighting both me and Pitbull,” said Rolly Romero to ESNEWS when told that Tank Davis wants him to fight Isaac ‘Pitbull’ Cruz next.

“He’s scared to fight me; he’s scared to fight Pitbull, so why not try and eliminate us both? I like all fights,” said Rolly when asked if he’d like a fight against Pitbull Cruz. Pitbull looked amazing tonight. I can knock out everybody.”

At that point, Rolly began shadow boxing for the crowd, getting them amped up by watching him throw power punches into the air.

Instead of Rolly being negative to Tank Davis’ instructions about fighting Isaac Cruz, he needs to embrace the idea because it’s a brilliant way for both to try and earn a rematch.

Sadly, Rolly hasn’t even fought since losing to Tank last May, and he has no fights scheduled.

Cruz, 24,  has made the most headway since his narrow 12 round unanimous decision loss to Gervonta last December in Los Angeles.

After the defeat to Tank, Pitbull Cruz quickly returned to the ring, stopping former world champion Yuriorkis Gamboa in five rounds and then destroying Eduardo Ramirez (27-3-3, 12 KOs) by a second round knockout last Sunday night at the Crypto Arena in Los Angeles.

The only problem with Cruz is that his opposition has been on the mediocre side, and he needs a more significant victory to make him worth fighting a second time for Gervonta.

That’s why Tank is telling Pitbull and Rolly that they need to fight each other because their match would be huge and would draw enough attention for him to face the winner. 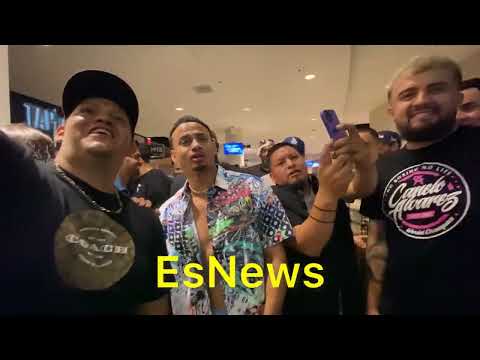