Jose Benavidez Sr. furious at Canelo for not fighting his son, David

By Brian Webber: Jose Benavidez Sr sounds like he’s ready to be put in a straightjacket over his anger at Canelo Alvarez for choosing not to fight his talented son, former two-time WBC super middleweight champion David Benavidez.

This week, Benavidez Sr got some bad news after Canelo informed the media that he won’t be fighting Mexican fighters.

Although the 25-year-old Benavidez (26-0, 23 KOs) is technically an American, being that he was born in Arizona, his ancestors are Mexican. To Canelo, that might be enough to permanently exclude Benavidez as a future potential opponent.

“I think GGG is a little bit older, but even though, I think it’s going to be a good fight. It’s not going to be the same as the last two fights, but it’s a good fight,” said Jose Benavidez Sr to ESNEWS about the Canelo Alvarez vs. Gennadiy Golovkin trilogy on September 17th.

“He was born in Arizona, so I think that makes him an American,” said Jose Sr. when asked if David Benavidez is Mexican. “There you go. Canelo can fight him because he’s not Mexican. He can fight him.

“Come on, that’ll never happen. I think Canelo and Eddy Reynoso, they got to grow some balls. I’m getting tired of all this s***. Now, he says if Zurdo Ramirez wins [against Dmitry Bivol], he’s [Canelo] not going to fight another Mexican.

“Champions are supposed to fight anybody. They deserve a chance. David [Benavidez] won an eliminator, and now he’s an interim champion with the WBC, and he still doesn’t want to fight him. What kind of s*** is that? How can you call yourself a champion?

“He’ll never be like Julio Cesar Chavez. First of all, people don’t like him, especially because he’s avoiding Mexican fighters. Who gives a f*** about nationalities? You fight the best.

“We’re going to knock him [Canelo] out because David is stronger, David is younger, David is bigger. Look, Bivol, we sparred Bivol. Bivol f**** him up bad. He gave him a beating. I don’t know how he said he won that fight.

“He got robbed. That’s f*** stupid. Now he wants to fight Usyk. He’s going to get sent to the doctor. This year and next, we plan on fighting at 168, but we are open to fighting Bivol or Zurdo Ramirez. We’ll fight anybody,” said Benavidez Sr about his son David. 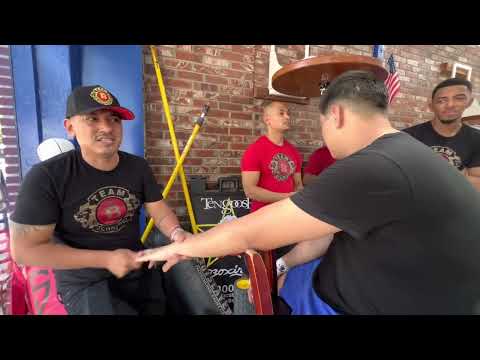 
« Juan Francisco Estrada vs. Argi Cortes preview & how to watch