Juan Francisco Estrada vs. Argi Cortes preview & how to watch

By Jim Calfa: Juan Francisco Estrada will be coming off a long 18-month layoff when he defends his WBC super flyweight title tonight against little-known second-tier fighter Argi Cortes (23-2-2, 10 KOs) in a showcase fight on DAZN at the Centro de Usos Multiples, Sonora, Mexico.

The long layoff since his controversial 12 round split decision win over Roman ‘Chocolatito’ Gonzalez last March, it left Estrada (42-3, 28 KOs) with little choice but to take an easy gimme against Cortes tonight.

Recently, the 32-year-old Estrada chose to relinquish his WBA 115-lb title rather than face WBA ‘regular’ champion Joshua Franco. That was a missed opportunity for Estrada to prove himself as the best fighter in the super flyweight division.

Estrada’s decision to vacate his WBA title now leaves him with just the WBC Franchise super flyweight title, which is seen as a fake title in the eyes of some boxing fans. 22-year-old Jesse Rodriguez holds the WBC 115-lb after his win over Carlos Cuadras last February.

That’s the guy Estrada should fight if he wants to get his hands on the prestigious WBC belt.

Estrada is using the 27-year-old Cortes to prepare him for the trilogy fight against Roman ‘Chocolatito’ Gonzalez later this year or perhaps in 2023. Cortes isn’t the type of fighter that Estrada should be fighting if he wants to prepare for a talented fighter like Chocolatito.

How to watch Estrada vs. Cortes

Boxing fans can watch Estrada defend his WBC 115-lb title against Cortes tonight on DAZN. The start time for the event is at 8:00 p.m. ET.

Cortes has recently turned his career around, winning his last 11 fights, albeit against obscure non-contenders. For Cortes to be challenging world champion Estrada tonight, it’s going to take a miracle for him to win.

At this point, the best we can hope for is Cortes is competitive and gives Estrada some badly-needed rounds because he’s been out of the ring for a long stretch. The last thing Estrada needs is an early knockout of Cortes because that’s not going to help him prepare for Roman Gonzalez. 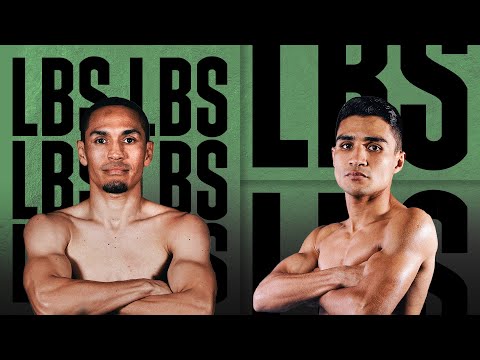 
« Liam Smith vs. Hassan Mwakinyo preview and how to watch

Jose Benavidez Sr. furious at Canelo for not fighting his son, David »