By Brian Webber: Joe Joyce’s trainer Ismael Salas believes there’s no heavyweight in the division that can match his engine. The ‘Juggernaut Joyce’s superior engine, along with his power, size, punch resistance, heart, and high volume output, makes him a nightmare for the likes of Tyson Fury and Oleksandr Usyk.

Salas is proud of the performance Joyce (15-0, 14 KOs) put in last Saturday night in stopping former WBO heavyweight champion Joseph Parker (30-3, 21 KOs) in the eleventh round to claim the interim WBO title at the Manchester Arena in Manchester, England.

Joyce took a lot of heavy shots from the speedy combination puncher Parker, but he steadily wore him down with his pressure.

Parker looked like he was beginning to wind down as early as the fourth, but he bravely fought on until finally getting knocked out with a left hook from Joyce in the 11th.

The guy that Joyce wants now is IBF/WBA/WBO champion Oleksandr Usyk, as he’s the WBO mandatory for the champ. However, it’s doubtful that Usyk will fight Joyce because he’s already listed the opponents that he wants before he retires after his next three fights. Unfortunately, Joyce isn’t on Usyk’s list.

If Fury defeats Usyk in February or March, he too likely won’t fight Joyce because he’s heading towards retirement as well.

“This is the first time that he’s been stopped. Everybody saw how many punches he took, but he kept moving. When Parker would throw so many combinations, I told Joe, ‘You have to throw back,’ and I think it was key.

“In the early rounds, I saw Parker hitting him and then stop. Then after that, I said to Joe, ‘No matter what he hit you, come back with something.

“People must recognize. A lot of people don’t give credit to Joe. He deserves it tonight. With this engine, no heavyweight can hold this engine. Anyone. We are ready for whoever comes our way. We will take them. 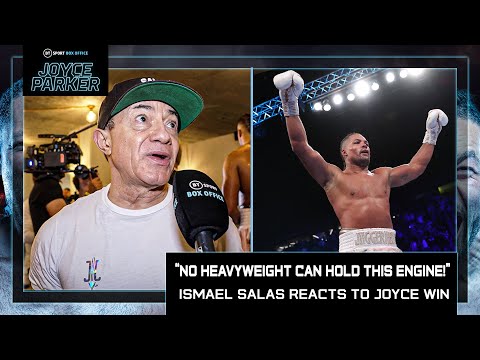