In other words, Banks’ strategy is for Golovkin to follow the blueprint created by Dmitry Bivol to outland Canelo. It worked to perfection for Bivol last May to win a rather one-sided 12 round unanimous decision.

I mean, it wasn’t a one-sided decision with the judging crew that was assigned to the fight at the T-Mobile Arena in Las Vegas, but the fight was all Bivol, who appeared to win 11-1 in rounds.

For Golovkin to outwork Canelo, he’s going to need to throw combinations like Bivol because he’s not going to outwork the Mexican star if he fights the way he did in the first two Canelo-Golovkin contests.

In those two fights, Golovkin and Canelo took turns nailing each other with hard shots, and there wasn’t a huge difference in terms of shots landed.

“Knowing that it is going to be a close fight, the goal is to outwork your opponent,” said Johnathon Banks to Fight Hub TV about his game plan for Golovkin to defeat Canelo Alvarez.

“You put your hard hat on, and you go to work, and you got to work. The goal is for him [Gennadiy] to outwork his opponent. The two fighters are significantly different from the first two fights.

“Thee only one to stay his weight was G [Golovkin]. Canelo moved up to light heavyweight, super middleweight. He’s [Canelo] a different type of fighter than he was in those two fights, and it’ll be a little easier to outwork him.

“The last several fights, it was walking guys down, taking, taking, and landing one punch. Again, this isn’t anything negative about Canelo. I’m just dissecting what he’s doing. He’s not a volume puncher like he used to be.

“He’s become this ruthless one-punch knockout guy, especially what he did to Kovalev. He’s looking at himself, ‘Why not be the same guy? It got me this far, so why not do it? In that regard, G would be able to outwork him, but he still has got to watch out for these huge power shots that are going to come.

“I don’t have anything to say about that because that’s people’s opinion,” said Banks when told that fans think the 40-year-old Golovkin can’t outwork Canelo.

“I have my mindset for what I want to do and what I want to see. So I have to go off of that. Yes, he’s older, but he’s still going to go to work. I still believe he can outwork his opponent, especially when you’ve got a guy that is only looking to walk down and throw one punch at a time.

“It’s going to be difficult because you’ve got to look out for hard blows, but you can still be a volume puncher. If GGG throws 35 punches a round, that’ll be enough to outwork Canelo because he doesn’t throw that many punches per round.

“He just blocks, blocks, and is just looking for that one punch that is going to lay a major impact on his opponent. Will he hurt GGG, or will GGG hurt him? That’s what we got to wait.

“Neither fighter has touched the canvas, and that’s why this fight has 12 rounds written all over it. Yes, Canelo says he’s coming to destroy GGG, but GGG has never been destroyed. No one knows what that looks like, so that’ll be new to everybody if it happens.

“That’s part of going to work. Letting your hands go punching him. I’m not trying to recreate nothing he did in either fight. I’m trying to get him to pick up the pace and let his hands go because I think that would benefit him more.

“I don’t care if you get tired in 10,11, and 12,” said Banks when asked what he’s doing to help Golovkin not get tired in the later rounds. “That’s the difference between 90% of the conditioning coaches you talk to.

“They tell a fighter, ‘We’ll train so you don’t get tired.’ I don’t want to train a fighter so they don’t get tired. I want you to be able to contain yourself while you’re tired because you don’t know what fighter is going to exert you to the point where you get tired.

“If you can maintain your composure and know how to fight when you’re tired, then how hard is it going to be to beat a guy that maintains his composure while he’s tired?

“The goal is to go to work. We’re not worried about his [Golovkin] gas tank because we’ve seen it empty, and we’ve seen it full. We’ve done all this in camp, and he’s got a full tank, and let’s go.

“It’s not going to be a problem him running out of gas because he knows how to fight. He’s been fighting in the gym for the longest while he’s been tired. We’ve been pushing him. His goal and his demeanor is to go in there and let his hands go.

“He can’t afford to worry about nothing else. I thought G won the first fight, and I thought the second fight was closer to a draw. When you’ve got a fighter going backwards, the judges are looking at the feet of the fighter.

“No, that just means the direction the fighter is going in. If we’re fighting and you’re coming forward, and I’m going backwards, popping you and popping you. Does that mean you’re winning? Yes, you’re the aggressor. Why are you winning the round when you’re not landing the punches?

“I’m landing the majority of the punches. We double work, triple work and cover all our bases so that GGG is in shape to let his hands go for 12 rounds.

“It doesn’t help that they didn’t give us the rounds that most of the fans cheered for him [Golovkin] winning. They didn’t even give it to him. They barely gave him four rounds. So that doesn’t help, but that’s for me to consider, not him.

“His job is to go in there and fight. The plan that we have should lead to Gennadiy winning the fight,” said Banks. 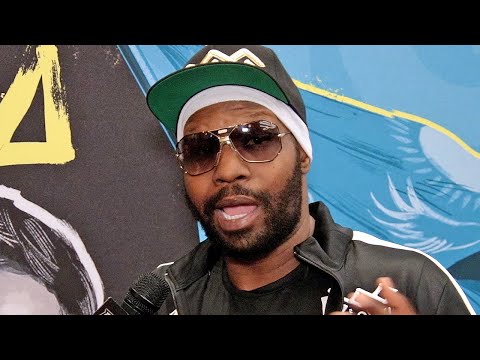 Canelo says he wanted Bivol rematch but contracted to Golovkin »