Canelo says he wanted Bivol rematch but contracted to Golovkin

By Brian Webber: Canelo Alvarez says he’d planned on fighting an immediate rematch with Dmitry Bivol in September, but he had to take the Gennadiy Golovkin contest instead because he was under contract to face him next.

Canelo (57-2-2, 39 KOs) revealed that he still might not fight Bivol, as the rematch depends on whether he wins his next fight against Gilberto ‘Zurdo’ Ramirez.

Interestingly, Canelo has already gone on record to say that he won’t fight Ramirez if he wins because he doesn’t want to fight Mexican fighters. What this means is Canelo will be able to swerve to risky fights against Bivol and Ramirez if things play out correctly for him.

Some boxing fans and media members are understandably skeptical about Canelo ever intending to fight Bivol again after the way that he was beaten by him last May. The fact that Canelo has put a condition on the rematch by saying that Bivol must beat Zurdo Ramirez is a signal to some that he wants no part of a second fight with him.

Canelo got kind of testy during the meeting with the media, as snapped at one reporter from Yahoo when he asked a question before he had time to finish answering the previous one about why he didn’t fight an immediate rematch with Bivol instead of choosing Golovkin.

“That’s why I’m here, and I’m happy. I really wanted, but my team and I decided to fight Golovkin. I think we need to see what happens in that fight first,” said Canelo about Bivol’s November 5th fight against Gilberto ‘Zurdo’ Ramirez.

“I want Zurdo Ramirez wins. We’ll see. I’m 100% focused on this fight, and then we’ll see. I always feel the good vibes coming from the Mexican people when I go into the ring.

“I think Golovkin is already a made fighter. He’s done what he’s always done, and that’s what’s always existed. I think he’ll find and do whatever he wants,” said Canelo. 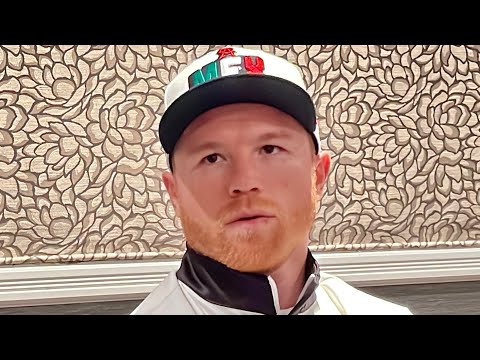 Gennadiy Golovkin not retiring after Canelo trilogy on Saturday »