Golovkin unsure what he needs to change to beat Canelo

By Brian Webber: Gennadiy Golovkin isn’t certain what he needs to change in his game for him to defeat Canelo Alvarez on Saturday because he feels what he did in his first two fights with the superstar should have resulted in him getting his hand raised.

Golovkin (42-1-1, 37 KOs) feels that the human factor came into play in his previous fights against Canelo (57-2-2, 39 KOs), and he’s hoping that it won’t require that he knocks out Alvarez to get the victory.

At this level, it’s not easy to KO a fighter like Canelo, who has only rarely been hurt and has never been off his feet.

Golovkin, 40, can obviously change elements of his game to improve his chances of beating Canelo because he made mistakes in both fights that played into the Mexican star’s hands.

For instance, Golovkin’s decision to fight Canelo on the inside in both fights gave him a huge advantage, allowing Alvarez to land his power shots a lot easier than he would have if GGG had stayed on the outside.

We saw in WBA light heavyweight champion Dmitry Bivol’s recent victory over Canelo that the best route to attain a win against him is to stay on the outside, jab, and throw combinations.

Golovkin didn’t throw combinations, and he didn’t stay on the outside against Canelo often enough to avoid getting hit.

Bivol used movement against Canelo to keep him from landing his big punches. Golovkin didn’t move other than going forwards and backward.

“This is not a question for me. I insisted on a trilogy the next day after the judges gave the victory to Canelo,” said Gennadiy Golovkin to Morning Kombat when asked why it took four years for him to fight Canelo Alvarez for the trilogy match.

Canelo didn’t want to fight Golovkin again after beating him in 2018, as he was satisfied with the sole victory that he’d gotten. Like in the first fight, Canelo wasn’t bothered by the boxing fans that had thought he’d lost the fight.

For that reason, he let Golovkin stew for four years until he finally relented to give him the rematch. Whether Golovkin’s recent string of lackluster performances had anything to do with Canelo’s decision to fight him again is unknown.

“I just stepped over it. I knew what was going on, and it didn’t affect me,” said Golovkin when asked if he was bothered by the judging for his two fights with Canelo, as well as the Mexican star’s positive test for a banned PED.

“I realized it was business, part of the sport. I’m definitely a different fighter now because I added a variety to my skills; my style plus my age plays a role. This is a different weight class.

“JB [Johnathon Banks] was able to bring what the school of Kronk Gym has to offer, and he showed me. I’m a different boxer than I used to be, and I’m very happy about it.

“It’s hard for me to say what needs to be changed because it does not depend on me. Of course, I know I need to get in the ring and show the best of me, the best of boxing.

“At the same time, we’re talking about the human factor here. We’re talking about honesty and fairness with judges. Sometimes you need to be head & shoulders above your opponent to deliver a victory by scoring, as the last fight [for Canelo against Dmitry Bivol] showed.

“You saw the scores, and they did not reflect what we saw in the ring. It was not as close as the scores. We’re talking about human factors here,” said Golovkin. 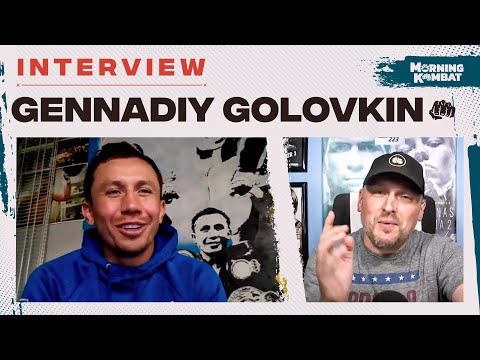