By Barry Holbrook: Tyson Fury’s promoter Frank Warren says he’s sent an official offer to Anthony Joshua and his team for a fight in November in the UK. Warren says it’s a “very fair” offer and that Joshua (24-3, 22 KOs) should “grab this with both hands.”

The November date for the fight will make it difficult for Joshua, as he recently fought against IBF, WBA & WBO heavyweight champion Oleksandr Usyk on August 20th, losing a 12 round unanimous decision. Basically, that gives Joshua a mere two months to prepare for the fight. 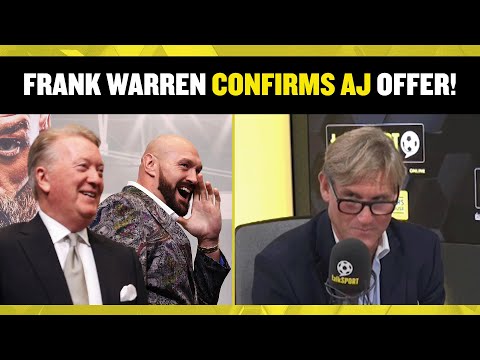 For Joshua to agree to the offer for a November fight, it would mean he would need to begin training camp immediately to get ready for the ‘Battle of Britain’ against WBC champion Fury (32-0-1, 23 KOs) in just two months.

You got to believe that the November date greatly favors Fury, as he hasn’t fought since last April when he blew out Dillian Whyte in six rounds.

Unlike Joshua, Fury didn’t take any punishment in his fight with Whyte. Joshua got hit a lot in his loss to Usyk last August, and it was a hard fight for him.

“We’re sending a written offer across today to them,” Frank Warren said to talkSPORT, “My son George spoke with Eddie Hearn yesterday. The terms that we are gonna put forward, I think, are very, very fair.

“He’s willing to make that voluntary defense, so we’ll send the offer across today, and then they’ll have to look at it and decide whether they wanna grab this with both hands.”

Given that this is a voluntary defense for Fury, it could make it difficult for this fight to be made. Despite losing three out of his last five fights, Joshua is still immensely popular, and arguably even more so than Fury.

“In the UK and hopefully in November, that’s what we’re looking at,” said Warren about when and where the potential Joshua vs. Fury fight will be taking place.

It would make more sense to stage the Joshua vs. Fury fight in the Middle East because it can potentially make more money over there.

It’ll be interesting to see if Joshua and his promoter Eddie Hearn accept the fight. I know that Joshua mentioned wanting to return to the ring in November potentially, but he likely was thinking about taking on a tune-up level opponent, not the unbeaten Fury. 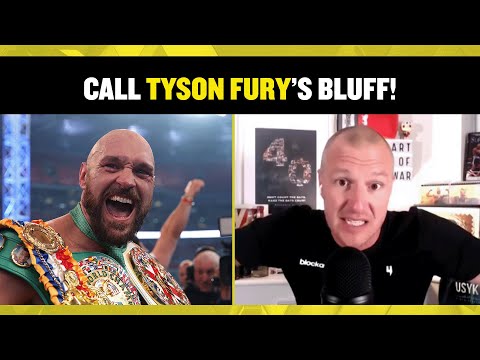