By Robert Segal: Eddie Hearn says he doesn’t think the Tyson Fury vs. Anthony Joshua fight will happen on December 3rd. Hearn feels that he’s wasting his time because Fury keeps setting deadlines and talking about wanting to fight Manuel Charr instead of Joshua.

Sooner or later, Fury will pull the trigger on the Charr fight and walk away from fighting Joshua on December 3rd. When that happens, Hearn will be there saying, ‘I told you so.’

It’s anyone’s guess what the attraction is for Fury to fight the 37-year-old Charr, but it’s possible that he wants a gimme before fighting Oleksandr Usyk in February or March. Joshua won’t be a gimme. That would be a tough fight for Fury, and he could lose that match-up.

Hearn feels that if Fury wants to fight someone other than Joshua, he should take on Joe Joyce because it’s a great match-up, and it’s an easy one to make because they’re both with the same promoters.

“Everybody is working hard to make the fight, but I don’t believe a word Tyson Fury says, and I have my doubts the fight will happen in December,” said Eddie Hearn to Dubai Eye 103.8 Sport.

“As we sit here now, I’d say no,” said Hearn when asked if the Fury vs. Joshua fight happens on December 3rd. “I’ve just opened up Instagram and seen that he’s just called out Manuel Charr again. This is a guy that’s not even rated.

“We just feel like we’re wasting our time. We’ve spent ten days with four or five people trying to get this fight made.

“When he comes out and abuses Anthony Joshua and says, ‘You’ve missed your chance, mate. Off you go to the scrapheap.’ You almost feel like why are you giving him the opportunity to fight him?

“The reason is because AJ wants to become a world champion again and wants to fight Tyson Fury. I must say it’s frustrating when you’re reading the comments. You’re getting the rough end of the stick off Tyson Fury’s antics.

“I’ve seen a big sea of change from the fans. It becomes tedious to fight fans. I almost don’t want to talk about it anymore. We’ve kept complete radio silence during these negotiations because we want to make the fight.

“The minute you start upsetting people, it becomes harder to do a deal. I see the fight fans saying, ‘Look, you can’t go from Usyk and AJ to fighting Manuel Charr.’ I think if he does, there’s going to be a huge backlash on Tyson Fury, in all honesty.

“He’s a character and a great fighter, and I wish him all the best. Our priority is Anthony Joshua, and we want to make sure everything is done in the right way with him. He’s accepted the fight, and we’re ready to make it happen.

“But we’re not going to be begging to unrealistic timeframes and demands when they’re not even being ordered by his team. It’s just through Tyson Fury on Instagram,” said Hearn. 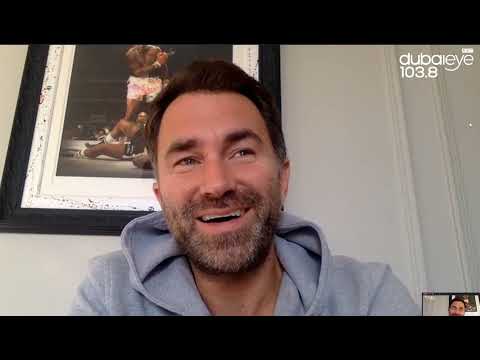