By Barry Holbrook: Unified female middleweight champion Claressa Shields vs. WBO champ Savannah Marshall for the undisputed championship has been postponed due to the passing of Queen Elizabeth II.

The British Boxing Board of Control has decided to postpone the fight card.

The lanky 5’11 1/2″ Marshall does her best work on the outside, and she’s not dealt with an inside fighter like Shields, who unloads nonstop punches from close quarters.

“They both have belief in themselves, and I still think with the body of work, Claressa Shields is clearly produced more and is highly successful, but this is Savannah Marshall’s moment,” said Gareth A Davies to Pro Boxing Fans.

“I like the quips Savannah and Peter Fury had for Claressa Shields, who is much more adept gunslinger with her mouth. It’s a hard fight to pick. Stylistically, Claressa Shields does more in a fight; she’s busier.

“Savannah hasn’t had to do quite so much, and she generally ends up hurting her opponents, and there’s not a lot coming back. Claressa is going to hit Savannah more than she’s ever been hit in her pro career. I think it makes is a very interesting fight.

“She has beaten Claressa Shields in the amateurs, and Savannah was #1 in the world at middleweight at the time. Savannah has a victory over here. As Claressa said today, ‘I don’t know why everyone’s holding onto 11 years; she had a victory over me as an amateur. Big deal.’

“It isn’t a big deal in lots of ways, but in both of their minds, it is a big deal. Claressa Shields wants to put the record straight,” said Davies. 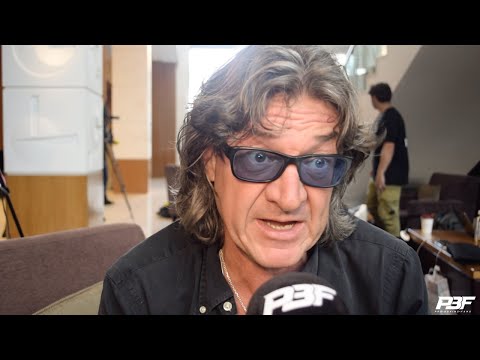 Devin Haney wants Gervonta Davis to face him after Kambosos »