By Sean Jones: Paulie Malignaggi says Canelo Alvarez did a good job of aging Gennadiy Golovkin out until he was an old 40 before fighting him, but he can’t do the same thing against David Benavidez.

Paulie states that Canelo’s recent comment about not wanting to fight Mexican fighters is a “cop out” because he had no issue with fighting Julio Cesar Chavez Jr in the past, and he’s Mexican.

If Canelo had no problems with fitting Chavez Jr, then he should have no qualms about facing Benavidez or Gilberto ‘Zurdo’ Ramirez.

Malignaggi was sort of conflicted about what he saw from Canelo last weekend with his victory over Golovkin at the T-Mobile Arena in Las Vegas.

While he was impressed with the way Canelo started out, he was troubled by the way he gassed out against Golovkin in the championship rounds.

Paulie expected more from the 32-year-old Canelo, who is still in the zenith of his career, fighting a very old-looking Golovkin.

“I think Golovkin should retire despite having the middleweight titles, but it’s kind of hard to walk away when you have titles, and they pay you to defend them,” said Paulie Malignaggi to Paulie TV.

“With Canelo Alvarez, I’d like to see him fight Benavidez. He always had the Golovkin third fight in his back pocket. He could just age out Golovkin and just choose it and pick it whenever he wanted it, especially when he didn’t even have a loss on his record against Golovkin, even though he probably deserved at least one.

“He was going to leave Golovkin thirsting for that third fight. So the fight was always in his back pocket, and he could age out Golovkin and fight him.

“Benavidez is the guy that if you’re going to stay at 168 with those titles, the world wants to see Canelo defend against. That would be an amazing fight.

“I know Canelo has mentioned that he doesn’t want to defend against Mexicans. He’s trying to play that card, but Julio Cesar Chavez Jr was a Mexican, and he was probably the worst Mexican champion in the history of boxing.

“So if he [Canelo] chose to fight against him, there’s no reason for him not to give some top-level Mexican champions an opportunity, be it David Benavidez at 168, which would be amazing. Also, possibly Zurdo Ramirez if he’s able to be successful against [Dmitry] Bivol. Certainly, he would join the conversation as well.

“I think that’s a cop-out, ‘I don’t want to fight Mexican fighters routine.’ I’d love to see a defense for Canelo for all the undisputed titles against David Benavidez. Let me tell you something. David Benavidez is the younger guy, so you can’t age out David Benavidez.

“The longer Canelo waits to fight him, the worst it’s going to be for him on the aging process because David is the younger guy.

“I can’t live my life up his [Canelo] a** like you guys do, but I would have certainly liked for him to close the show better against the 40-year-old guy [Golovkin] that we always knew he was going to beat at this age.

“Canelo mentioned he needs some rest. He’s had a busy schedule himself. Maybe some rest will do him good. I don’t quite see him having a chance against Bivol.

“Nothing I saw last night made me think that he’d have a realistic chance of beating Dmitry Bivol. Of course, Bivol has his hands full with Zurdo Ramirez. That’s a really good fight.

“Zurdo and Bivol is a really good fight that I’m really looking forward to seeing. Maybe Canelo will make a decision whether he wants Bivol next or not based on how Bivol looks in the Ramirez fight.

“First of all, whether he wins or loses, and two, how he looks doing either or. Golovkin last night looked predominantly to be a jabber. He couldn’t really pull the trigger on anything else.

“Even on his jab a lot of times, he got close to middle range a lot in the fight, and he couldn’t get off. He was literally looking at Canelo, and Canelo would start getting off some explosive shots instead. He didn’t even get them off right away.

“Golovkin had the chances to get off first when he was in that range, but he just didn’t do it. Canelo’s jab was actually so effective that he was backing up Golovkin. Even when he missed, a lot of times when Golovkin would get in position and not pull the trigger.

“Golovkin, a lot of times, especially in the first three quarters of the fight, he was in range to punch, but he just couldn’t pull the trigger. It really is that old man’s syndrome where you’re in a position to punch, and you see the opening, but you don’t throw.

“If you watch the fight, Golovkin got in range a lot. He was right there, but he couldn’t get off with anything creative aside from like touching right hands and touching jabs.

“Around the seventh and eighth rounds, he started showing a little short uppercut at times. I thought late in the fight; interestingly enough, Golovkin started pushing the issue a little bit more and kind of went for broke.

“He’d just kind of be there, and Canelo would double jab at him, and Golovkin would never really be able to counter that much. He was never a threat to knock Canelo out, but he pushed things a little bit more to the point where Canelo had to have some respect for him and started backing up consistently and wasn’t as enthusiastic anymore.

“It really leaves the fight questioning pretty much the same things about Canelo as well. Canelo doesn’t typically finish fights all that well. He finishes fights on the slow end. Against Bivol, he certainly finished the fight on a slow end.

“Against a 40-year-old man, you would expect him to have a more explosive ending. I’m not saying you got to be the first guy to knock Golovkin out, but that wouldn’t shock me. You just figure the younger, fresher guy is going to finish off more explosively and with the upper hand against the older 40-year-old.

“Golovkin has been fighting world-class opposition since very early in his amateur days. The soviet system of boxing in the amateurs was insane.

“He’d step back and give up that position. Then he’d have to start all over again with Canelo getting back to the middle of the ring and having the better legs and changing range; it gave Canelo a lot of advantages for the remainder of those rounds or a big part of those rounds.

“I give Golovkin credit for finishing the fight strong. I don’t think it was in doubt at that point. Still, you have to question Canelo’s ability to close fights strongly.

“Against a 40-year-old Golovkin, you would expect a 32-year-old phenom to close the show in a more spectacular fashion against this older guy, who was fading.

“I still found it a bit disconcerting that he couldn’t finish the fight stronger against this old guy. At the same time, it’s a reason to praise Golovkin for his Hall of Fame career.

“He mentioned that he wants to go back down to middleweight. I think it would be a great way to retire. He didn’t do himself a disservice last night.

“I think retiring now would be terrific for him instead of having a guy like Charlo putting you out of your misery and really risk taking you out altogether. 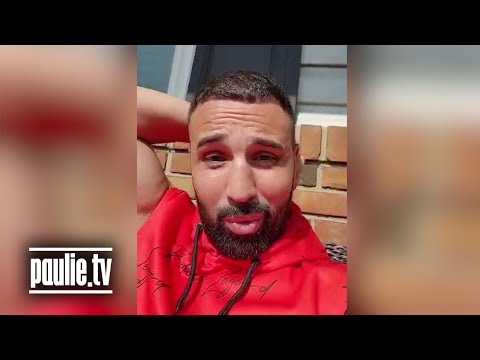