Since his poor performance against journeyman Jerry Forrest in 2021, Zhilei, 39, has looked good, stopping Scott Alexander and Craig Lewis in his last two fights.

“I’m not going to give him a good time in the ring. A lot of people think he’s potentially the best, but I think I’m a better fighter. We’ll see on Saturday who is better,” said Zhilei Zhang to iFL TV about his fight against Filip Hrgovic.

“I believe I have a better team, and I’m better prepared. Winning this fight will allow me to become the first mandatory heavyweight challenger from China. So this means a lot to the Chinese professional boxing industry. It’s going to be meaning a lot for me and my country.

“I’m fighting for my country. I’ll make my people proud of me. 100%,” said Zhang when asked if he believes he can knockout Hrgovic on Saturday night.

“He says his following in China is sixty million, so it’s like five thousand in Croatia,” said Hrgovic to Secondsout. “It’s not a big deal in China if sixty million people follow you.

“We’ll see. I never sparred him or fought him, so we’ll see. It’ll be interesting to see when the first bell is rung what he’s made of. I don’t know if his power is big or not. He fought no one. He fought journeymen. Everyone is dangerous against journeymen.

“The danger is he can gas out if he starts too aggressive. Also, he can knock him out because he’s a big puncher,” said Hrgovic. 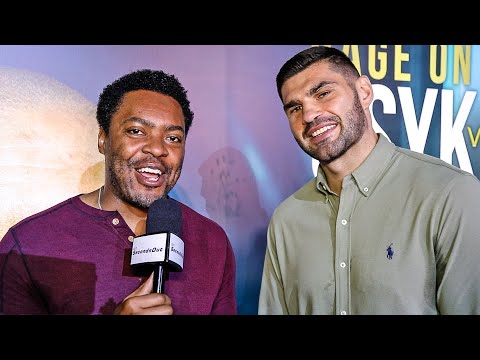