Tyson Fury phones up White and Jordan on talkSPORT

Tyson Fury on being asked to fight Usyk: “Everyone keeps asking me about this Ukrainian guy. Are you going to fight, are you going to do this, are you going to do that?” I’ve made it very clear I’m retired from boxing and I’m very happy doing that. However, I will come back but it has to be for an obscene amount of money. Because let’s face it, it’s not Anthony Joshua which I would have done for free, it’s some foreigner who no one really cares about, and that’s it.” 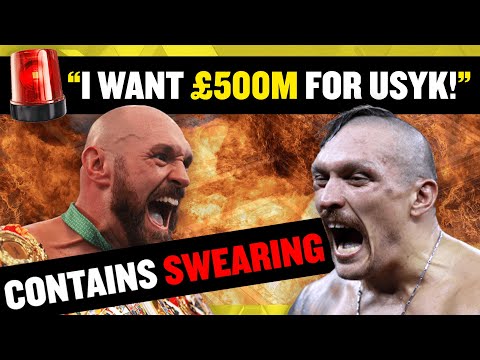 “I don’t mind chucking a dog a bone, but I don’t want to chuck him the full f*cking dogs home.”

“If they want me to fight this unknown quantity and give him the opportunity of legendary status in trying to beat me then they have got to pay for it.”

Tyson Fury on the deadline of one week

Tyson on the money to fight Usyk

“I have no real interest in Usyk. It’s a man who no one can really say the name of. He’s some middleweight who beat AJ. It’s not my fault he’s battered AJ, some bodybuilder. No disrespect to Joshua, but at top class world level boxing, he just cant cut it.”

On training for Usyk

“I could beat Usyk on a week’s training. He’s a middleweight. I’d put my fist right through him.”

“He needs the legendary Gypsy King. I do not need some foreigner. I’m a legend in the game. Undefeated heavyweight champion retired like Rocky Marciano. This idiot needs me.”

“I don’t respect him. I don’t think he’s a great fighter. I think he’s a struggling fighter. I’ve seen more excitement in Morecambe on a Friday night.”

On the Joshua / Ukyk fight

“The most cowardly little sh*thouse thing anybody can do is stab somebody.”

“The United Kingdom is supposed to be one of the safest countries in the world but you can’t go on the street with a watch on or anything because they’ll get stabbed.

“The government needs to make it tougher on these little cowards who carry knives and weapons.”

“Anyone caught with a knife for stabbing someone needs castrating. It costs the government too much money to house them in a prison. It costs them £60/70,000 a year to put these scumbags in jail. Castrate the little b*stards.”

“What little cowardly scumbag needs to carry a knife with them in our country?” 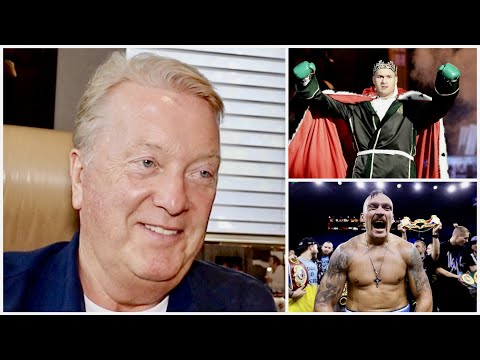 Fury pricing himself out of Usyk fight with $500M request »