By Brian Webber: Jared Anderson believes Tyson Fury will beat Oleksandr Usyk if that fight happens. Anderson, who sparred Fury in preparation for his trilogy fight with Deontay Wilder, says it’s a “no brainer” that he beats IBF, WBA & WBO heavyweight champion Usyk.

Anderson questions whether Fury vs. Usyk is a fight that people want to see because the outcome is so obvious.

Of course, Usyk (20-0, 13 KOs) was largely counted out by boxing fans before his first fight with Anthony Joshua last September, and he shocked the world by defeating him.

Fury has problems against cruiserweight Steve Cunningham earlier in his career. However, Anderson feels that Fury has gotten bigger and made a lot of improvements since that fight. As such, Usyk won’t be able to give Fury (32-0-1, 23 KOs) the same trouble that Cunningham did.

“There’s too much money on the table and too much for his pride for him to walk away right now, knowing he can beat those guys people are questioning him about,” said Jared Anderson to Fighthype about Tyson Fury.

“Definitely,” said Anderson when asked if Fury vs. Usyk would be a case of a big man beating a little man. “I’m not sure it’s a fight everybody really wants to see. I feel it’s a no-brainer.

“Tyson was not nearly the fighter he was at that point, and he’s grown in build so much after that fight. Then to top it off, Usyk is nowhere near the age that they were at that time,” said Anderson when told that Fury had problems beating former cruiserweight Steve Cunningham.

“He’s [Usyk] up there just as well as Tyson, and I think that’s what makes a huge difference in that.

“When I spar, I’m so intense. 100%, that’s what made them so competitive and kept us on our toes,” said Anderson when asked if his intense style of sparring is what made his sessions with Fury so competitive.

“I like to hit and not get hit. I might take more chances and risks [than Usyk], but that’s just me being a hungrier fighter at the moment. He’s had the Olympic experience and doesn’t feel the need to hurt people. He can box and win and make it look easy.

“He has that luxury right now, and I’m more of a hungrier fighter right now. That’s the difference,” said Anderson. 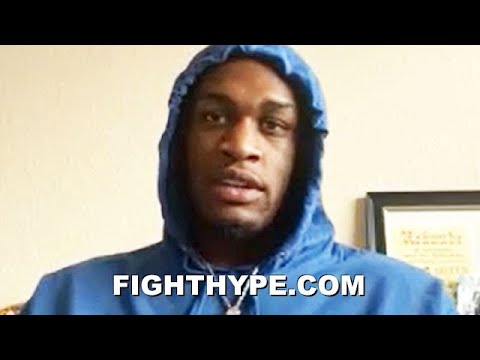