By Robert Segal: Ryan Garcia sent former four-division world champion Adrien ‘The Problem’ Broner a message of support on social media on Tuesday, letting him know that he did the right thing by choosing to take time to focus on his mental health.

Broner (34-4-1, 24 KOs) received a huge backlash against him after pulling out of his main event fight this Saturday night against Omar Figueroa Jr on Showtime at the Seminole Hard Rock Hotel & Casino in Hollywood, Florida.

Adrien pulled out of the fight on Monday, saying that he needed to focus on taking care of his mental health. The 33-year-old Broner hadn’t looked well throughout the promotion for his fight against Figueroa.

Instead of the bright-eyed fighter we’d known him for during his career, Broner looked haggard, old, and with tired-looking eyes. Broner’s appearance was that of a fighter that appeared to be burning the candles at both ends.

There are rumors that Broner wasn’t training hard for the fight against Figueroa and was nowhere near ready for what was figured to be a grueling match-up just as tough as AB’s fight against Marcos Maidana in 2013.

Love you AB, i know it’s not easy to step back and take time from the ring, but no doubt taking this time you will come back healthier and stronger. Focusing on your mental health is not weakness it’s strength. You got my support #MentalHealthAwareness

Boxers usually have fought their whole life, you believe they just became scared 10+ years later, they also make no money and usually that’s boxers only source of income, bc of the lack of attention to their mental health some turn to drugs or alcohol, for help.

Tank, we can go back and forth about what happens in the ring all day, but taking a shot at someone’s mental health is outta line. I hope that you deleting your tweet is part of your journey to support your fellow boxers working on their mental health #mentalhealthisjusthealth https://t.co/FjNXP4XdNP

At this point in Broner’s career, it’s unclear whether he can come back from this to find the success that he’d enjoyed earlier. Broner hasn’t done anything in the sport in many years other than being the opponent for popular fighters like Manny Pacquiao, Mikey Garcia, and Shawn Porter

According to Celebrity Net Worth, Broner’s current net worth is estimated at $6 million. It would be interesting to know whether AB is broke or if he still has that money stowed in the bank.

This latest pull-out by Broner likely didn’t please Showtime, as it left little time to find a replacement to face Figueroa Jr. Thankfully, Sergey Lipinets was found and will step in as the replacement for Broner to battle Figueroa.

We’ll see if Showtime chooses to continue to televise Broner’s fights after this. If not, it’ll be interesting to see which network is willing to show Broner’s fights, as he’s not a champion or a world-ranked contender at this point. Broner is basically an aging prize fighter on the slide who brings little value as the B-side for the elite fighters. 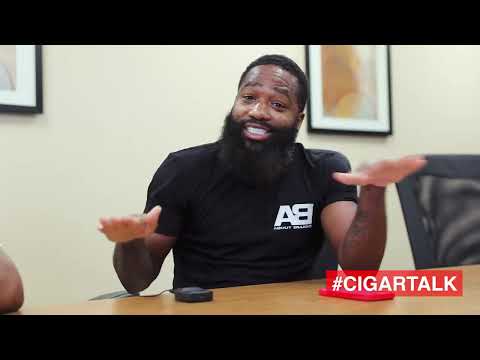 Joshua says he would have beaten Usyk with aggression »