It was before 56,000 in attendance at Madison Square Garden Bowl on Long Island, New York. It was Baer’s fourteenth straight win.

Baer always had more success against opponents from outside of America except losing to Paulino “Basque Woodchopper” Uzcudun of Spain, who was the last one he lost in his next fourteen fights until he lost to Braddock.

In order to get the title fight, Max stopped former world champion Germany’s Max “Black Ulan of the Rhine” Schmeling, 45-5-3, before 53,000 in attendance at Yankee Stadium in New York in June of 1933. Ring Magazine called it the “Fight of the Year.”

Unfortunately, in his first defense in June of 1935, Baer lost to Jim “Cinderella Man” Braddock, 50-25-7, by decision at the same facility he won the title.

Buddy Baer was six years younger than Max and was actually taller than Canera at 6:06”. He turned professional the same year Max won the world title, winning his first thirteen fights before losing to Babe Hunt, 87-23-7. He would avenge that loss the following year, knocking out Hunt in the first round.

After Max lost to Braddock, he was stopped by Joe “The Brown Bomber” Louis, 21-0, in September of 1935. Buddy would also lose to Louis some six years later by DQ7 in May of 1941 in a world title fight.

In his next fight the following year, Louis ended his career by knocking him out in the first round. His final record was 57-7, with 53 knockouts.

Max, after losing to Louis, would win his next twenty fights. After losing to Tommy Farr, 71-24-19, he would avenge that loss by defeating Farr the following year. The career of Max would end in April of 1941, losing for the second time by stoppage to Lou Nova, 24-2-4. His final record was 66-13, with 51 knockouts. 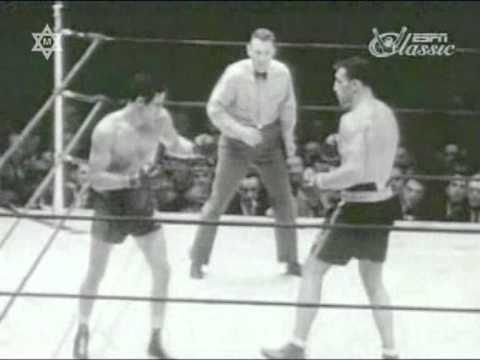