By Barry Holbrook: Joseph Parker plans on doing the unthinkable by wearing down & knocking out ‘The Juggernaut’ Joe Joyce on September 14th at the AO Arena in Manchester, England.

Former WBO heavyweight champion Parker (30-2, 21 KOs) will be coming in as the B-side opponent, but he’s not worried about any of that.

Parker has won his last six fights against less than stiff opposition since losing twice to Dillian Whyte & Anthony Joshua in 2018.

In looking back at those two fights, which were winnable for Parker, he showed a lot of aggression that allowed Joshua & Whyte to get the better of him.

In a positive sign, Parker was much more proactive in his last fight against Derek Chisora last December, beating the stuffing out of him and coming close to scoring a knockout numerous times.

“It’s the first press conference I’ve been involved in that’s quite fiery. Usually, it’s quite calm, and everyone is respectful, but because this fight has taken so much time to make, there’s a lot of frustrations in the air,” said Joseph Parker to talkSPORT about his fight against Joe Joyce.

“I  back myself 100% going into this fight. I’m going to have a great camp,”  said Parker. “How am I going to beat Joe Joyce? I’m going to break him down. They said, ‘What if you land a punch that doesn’t affect him?’

“I said, ‘Listen, even if it takes one or ten, I’m going to break him down to the body & head and get him out of there.‘ There are plans for him to get me out of there as well, but we’ve both very durable with good chins.

“I think I have a very good engine as well. So I’m very excited about this challenge. I see it as a big challenge. He’s a great fighter and has achieved a lot of things with a good amateur pedigree behind him, but I’m still here. I’m going to give it everything I have, and I believe I belong at the top,” said Parker. 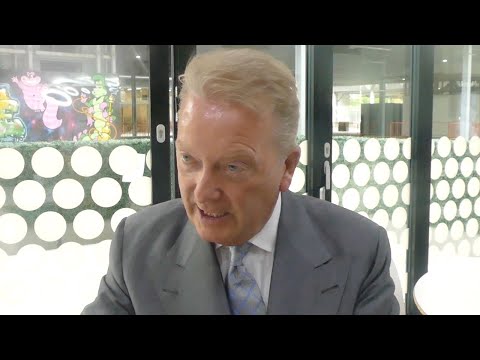 Golovkin must push Canelo back like Bivol says Tom Loeffler »