How A Boxing Writer Fell In Love With the sport!

By Ken Hissner: It was May of 1953, and I was nine years old when my dad and I watched on our small black and white television the rematch between the new heavyweight champion Rocky Marciano, 44-0, and former champion “Jersey” Joe Walcott, 49-19-1, at Chicago Stadium, Chicago, Illinois.

It would be 2:25 later that I was hooked on boxing with Marciano’s quick first-round knockout of Walcott. Little did I know then that I was told years later by one of Marciano’s stablemates Hank Cisco from Norristown, next to my hometown of Conshohocken, also known as “Conshy!” I get I could have been labeled “Punchy from Conshy!”

Cisco was in the dressing room of Walcott afterward and overheard the ring physician say, “this man should never fight again.” It seemed there may have been a bone broken under an eye, and a good punch would knock him out. So the mob, who we assumed had Walcott under contract, put him in the rematch with all their money on Marciano! They may have even picked the round since it ended in the first round!

If memory serves me right, the first live boxing event I attended was in January of 1964 when I felt that the fight between the two Philly welterweights decision went to the wrong guy! Stanely “Kitten” Hayward, 17-2-1, got a split decision over Dick Turner, 19-1-1, at the Philadelphia Arena. It ended the career of Turner, who suffered a detached retina in the bout.

In May of 1981, I ventured into the promotional business at Rockne Hall, Allentown, PA. In the Main Event, Bethlehem’s Angel Cruz, 11-3, managed to fight to an 8-round draw with veteran Sammy Goss, 43-13-2. The crowd was small, with about 500 in attendance.

Next, wanting to go to Bethlehem, it just wasn’t happening, so I ventured to what could have been the first professional show in the Pocono Mountains at Mt. Pocono, Cesar’s Paradise Stream Nightclub, in September of 1982. I was given a check for ten grand by the Hotel covering all expenses. In the Main Event, Bruce “Sugar” Williams, 9-1-1, defeated Thomas Baker, 8-2-1, over eight rounds.

My next and last promotion would follow at Easton High school, Easton, Pennsylvania, in November of 1982. I saw Mark Holmes in the parking lot where he and his brother Larry trained. I asked if he wanted to do an exhibition which was all about what I could afford. He said he’d love to, but I had to check with his brother, who was his manager.

In approaching his brother, Larry said, “I’m not putting my brother on some rinky-dink show!” I would later make a mistake that day of watching Larry spar when all of a sudden, he stopped and went to the ropes, pointed to me in my metal chair, and said, “I ought to beat the shit out of you. The next time I tell you something, don’t go to my brother!” He was wrong, for as a manager, he had the last word.

Larry would pay for that comment years later at a press conference when I ripped him apart, noting how Air Force southpaw Nick Wells stopped him twice in the amateurs. He nodded his head in agreement. Then I asked, “you don’t really think you beat Tim Witherspoon and Carl “The Truth” Williams, do you?” He had a look to kill in his eyes as his business partner came over and said, “hey buddy, can you calm it down?” When I showed him a picture of me between Holmes and his main sparring partner Marvin Stinson, he said, “oh, Ken, it’s you!” I replied, “you know I’ve waited a long time to get at this guy.”

Around 1980 at “Smokin” Joe Frazier’s Gym in North Philly, I was approached by Joe’s brother, Tom asking me if I would promote Team Frazier into the pro ranks. My one experience there with Joe was when I was watching a boxer on a heavy bag. I suddenly heard a voice behind me say, “hey, move, or I’ll use you for a heavy bag!” I turned around only to see Joe himself, who said this. My thought was to say, “If I were Sonny Liston, you wouldn’t say that,” but my life insurance wasn’t paid up at the time.

I told Tom I would be interested in one condition. That Joe had nothing to do with it. He took me upstairs to the office, and Joe greeted me in the doorway with, “is this the guy?” I turned to Tom and said, “what did I tell you?” Then I walked down the stairs and out of the gym.

My many experiences over the years meeting such greats as Muhammad Ali, “Iron” Mike Tyson, Roberto “Hands of Stone” Duran, Alexis “Thin Man” Arguello, Willie Pep, “Sugar” Ray Leonard, and others were much more pleasant.

My writing career started in 2007 for Boxing Tribune. The first fight I covered was in August at the New Alhambra in North Philly when the current unbeaten welterweight Jaron “Boots” Ennis’ brother Derek “Pooh” suffered defeat.

I would go on to write for about ten years for Doghouse Boxing with an added site called “Fighters-of-Faith” before moving to Doghouse’s end for Brick City Boxing. Then came what I call “the best site of all” for boxingnews24!

At 78, it’s been a long ride since the age of nine, and I’ve had more than a share of my ups and downs over the years! Once boxing gets into your blood, it takes more than a blood transfusion to get it out! Thanks for reading. 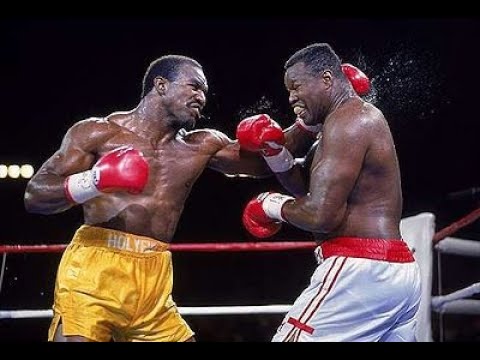 
« Anthony Joshua to fight a top 15 guy in December