Eubank Jr with all the advantages against Benn

By Craig Daly: Chris Eubank Jr will likely be a significant favorite for his October 8th fight against Conor Benn at the O2 Arena in London. The fight is expected to take place at an undetermined catchweight.

Benn’s only advantage in the fight is the catchweight involved. If it’s low enough, Eubank Jr will be strong enough to dominate Benn with his size & power.

Eubank Jr-Benn will be shown on DAZN PPV, and it should do excellent numbers in the UK but not in the U.S. Neither of these fighters has done anything to catch the attention of American audiences.

As Gareth A. Davies points out, Eubank Jr (32-2, 23 KOs) will have the advantages in size and experience against Benn.

Though Benn has had opportunities to fight talented 147-pounders like David Avanesyan to gain experience, he’s preferred to ply his trade at a lower level against older veterans with much less power.

“Yeah, 156, 157, I’m sure they’ve been arguing over that,” said Gareth A. Davies to iFL TV about the catchweight for Chris Eubank Jr. vs. Conor Benn.

“Eubank wanted more money to cut weight. There will probably be a penalization, a fine. Generally, it’s $100,000 per pound. It wasn’t on the official press release, which was a pity.

“Maybe they’re still arguing that back & forth. I don’t know if an official press conference has been announced. Yeah, I expect 156, 157 pounds. That’s what I’ve been hearing the whole time.

For Chris, to lose three or four pounds isn’t the end of the world. Obviously, the advantages are there for Chris. He has more experience and is the bigger man naturally. He’s a very astute boxer.

“I don’t expect him to go in there and beat Conor Benn up. I expect Conor to come forward and be Chris to be the matador to the bull. Conor is very fresh; he doesn’t have a lot of damage.

“It’s how he handles his body in the build-up to that fight. If he tapers down very carefully. It’s a tough ask, but I think he’d got a lot of advantages in this fight, Eubank Jr. At this moment, I see him winning on points,” said Davies. 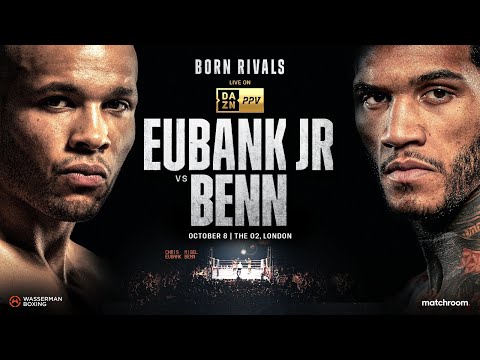