Hearn revealed on Wednesday that Benn (21-0, 14 KOs) has been beating up middleweights in his early sparring for his mega-fight on DAZN PPV against Eubank Jr.

We’ve seen the way that Benn punches at welterweight that he has the kind of power that will easily carry up to 157. What we don’t know is if Benn possesses the chin to take the huge blasts from Eubank Jr (32-2, 23 KOs) of if he can handle the combination punching.

Eubank Jr tends to put his punches together a lot better than anyone in the middleweight division, and he’s lethal when he’s letting his shots go.

As long as Benn can handle what’s coming back at him from Eubank Jr, he’s got an excellent chance of winning this fight.

“It’s a big risk for him, but it comes down to something he wanted to do,” said Eddie Hearn to DAZN Boxing Show about Conor Benn wanting to move up to middleweight to face Chris Eubank Jr.

“Again, we see stuff happening in the gym. I know sparring is sparring, but he ain’t sparring no welterweights in the gym. He’s sparring big middleweights, and he’s taking them out.

“So, we look at this fight differently. I seen a couple of people say, ‘This is a mistake. This is like Gennadiy Golovkin against Kell Brook.’ I know the weight is similar.

“A welterweight jumping up to middleweight, even though this fight isn’t at the middleweight limit. Chris Eubank Jr is well-beatable, and he’s well beatable for Conor Benn.

“It’s a tough fight. Eubank has a great chin; he’s very fit and has a great engine. This is a tremendous match-up that will catch fire from round one.

“If you’re looking at wins. Chris Eubank Jr. beat a faded James DeGale, but he still beat DeGale. He had a good fight with George Groves. I know George was injured at the end of that fight and going into that fight.

“So this is a massive fight for both, but it’s deeper than what’s next. It’s Eubank-Benn. I can’t explain that. It gives me goosebumps just saying that. Born Rivals, that’s the name of the show, and it’s huge.

“That happens a lot. You see Canelo Alvarez. He can’t go back to 160 because he’s fought at 168 and 175. It’s very difficult when you change. He’s going to be doing this very differently in his training camp, Conor Benn.

“It’s not just about the feeling of being up at that weight. It’s how your body changes in training camp to bring it back down, to take some muscle mass off. To do all this to get back to 147, and he’s tight at 147.

“I’m just so excited about this fight. The build-up, the shoulder programming, the dads. It’s massive,” said Hearn. 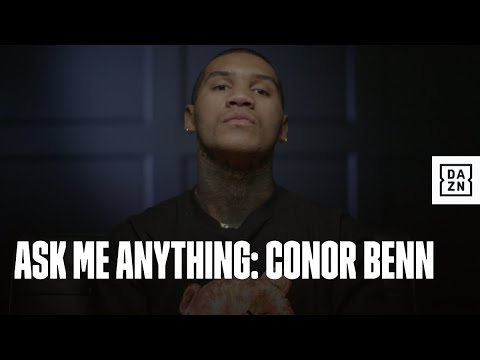 
« Canelo should be happy Golovkin is fighting him says Tom Loeffler