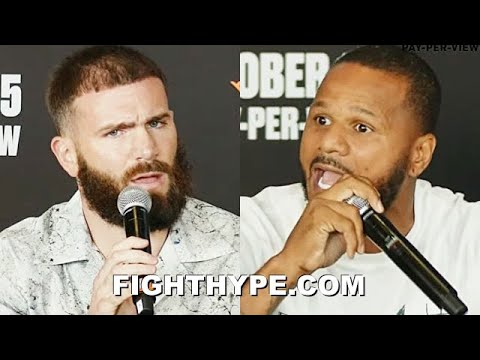 Tickets for the event, which is promoted by BombZquad Promotions and TGB Promotions, are on sale now and can be purchased through seatgeek.com and barclayscenter.com. Tickets are also available for purchase in-person at the American Express Box Office at Barclays Center.

“I’m feeling good and I’m thankful to my team. It feels good to be back and I’m excited for my first time fighting in New York. I’m looking to be impressive on October 15.

“Dirrell has a lot to say about me and says that I hate him, and that’s a strong word, but it’s true. I guess it irks him and it irks me. I don’t hold hands with guys in my division. He doesn’t even know me though. October 15 there are definitely going to be fireworks.

“When I beat him, it will be because I’m better than him. But he already knows that and that’s why he hates me.

“You saw what Uzcategui did to his brother and what I did to him. I always knew he was a possibility. He couldn’t even hold onto his title long enough for us to unify and now he’s big mad.

“I’m looking to put on a great performance and get my hand raised. I’m here to make a big statement. I want to clear out the rest of the division.

“I’m in a blessed position to be in a title eliminator, but it doesn’t add to how focused and disciplined I am. It doesn’t matter if it was a four round fight. I’m training hard and I’ve got a lot of momentum.

“I’ve been doing my job and staying focused. I always keep boxing first in my life whether I have a fight coming up or not. I still feel like I’m hunting. There are a lot of things that I want to accomplish in this sport, but first things first and that’s handling business on October 15.”

“I’m ready to fight and beat some ass. He’s running. He’s been running from me. Can you name somebody that likes him? Nobody likes him. Canelo Alvarez smacked you, remember that. I wouldn’t ever let another man smack me.

“He fought tomato cans and cab drivers. I give him respect for Jose Uzcategui. But he was supposed to fight me before Canelo and he backed out of it.

“I’ve fought the best, who’s he fought? He’s fought nobody. He knows it. Forget my experience, I’m beating him down.

“This is just another fight. I’m preparing like it’s any other fight. When it comes down to it on October 15, he’ll see.

“I’m just looking to be me and put on a great performance. Everyone knows I’m the dog and that’s what I’m going to show once again.


« Before Spinks, Jones, Jr. & Usyk How Many Failed at Heavyweight title?