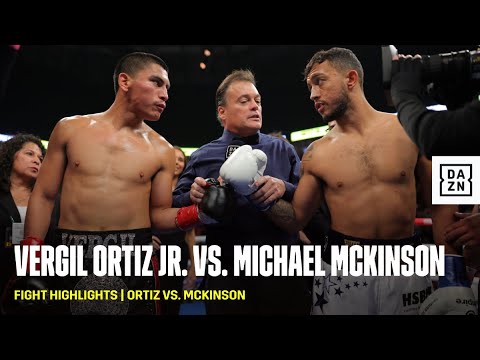 In the first rounds final seconds a clash of heads caused a cut on the left eyebrow of Ortiz, Jr. In the third round a left hook from Ortiz, Jr. on the chin rocked McKinson in the first minute of the round. In the fourth round Ortiz, Jr. landed a solid right to the body of McKinson midway in the round.

In the fifth round McKinson used a good jab trying to avoid the attack from Ortiz, Jr. In the sixth round Ortiz, Jr. was missing as many as landing against the illusive McKinson who was jabbing his way through the round. In the seventh round McKinson manages to outmaneuver Ortiz, Jr. who gets warned for a low blow by Referee Laurence Cole.

In the first round Marlen controlled with a jab. In the second round it was all Guzman. In the fourth and fifth rounds the action continued with Marlen having an edge.

In the seventh through the ninth rounds Marlen continued out boxing Guzman. In the tenth and final round Guzman rocked Marlen with a combination to the chin with a minute remaining. 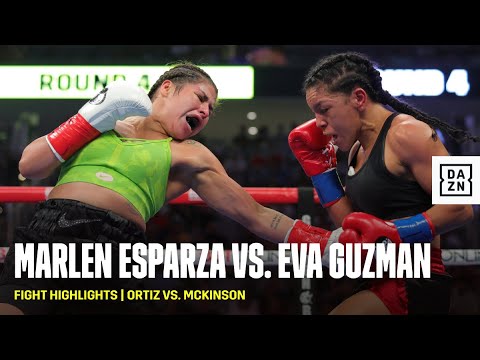 In the sixth round an accidental clash of heads caused a cut on the left eyebrow of Cobb. In the final seconds a right hook from Cobb got the attention of Hooker who chased Cobb for most of the round. In the seventh round Cobb ended with a right on the chin of Hooker.

In the eighth round Cobb missed a left and clashed into the head of Hooker. Hooker continued to follow Cobb around the ring. In the tenth and final round Cobb moved around the ring with Hooker following being countered on occasions.

In the first round an overhand left from Lundy stunned Martin and a following left knocked him down for an 8-count from referee Coles. Martin managed to get to the bell. In the fifth round Martin got back into the fight overtaking Lundy who was not fighting back enough to take a round.

In the sixth through the tenth it was Martin out fighting an exhausted Lundy who caused too many clinches.

In the third round a body shot from Melikuziev and down went Janjanin for a third time from a liver shot. In the final minute the referee finally called a halt.

Schofield scored knockdowns in the third and fourth rounds. Guerrero’s corner halted the fight after 5 rounds.