By Sam Volz: Shakur Stevenson says he’s going to be moving up to 135 real soon to go after the big names in that division. This will likely please Stevenson’s promoter Bob Arum because he wants to see him face recognizable names rather than obscure belt holders at 130.

Stevenson (18-0, 9 KOs) appears to have woken up and smelled the coffee after five years ad a professional, knowing that he’s spinning his wheels without going anywhere at the 130-lb division.

WBC/WBO super featherweight champion Shakur recently captured his second title at 130 with a one-sided 12-round unanimous decision over WBC Oscar Valdez last April, but that was the only famous fighter in the division.

If the Top Rank-promoted Stevenson were to stay at 130 to complete his goal of becoming the undisputed champion at super featherweight, it would likely chew up another year of his career.

Shakur would be 26 or 27 by the time he moves up to 135 to go after the money fights against Gervonta ‘Tank’ Davis, Ryan Garcia, Vasyl Lomachenko, and Devin Haney.

Stevenson will be fighting next in a title defense of his WBC/WBO super featherweight belts against 2016 Olympic gold medalist Robson Conceicao (17-1, 8 KOs) on September 23 on ESPN at the Prudential Center in Newark, New Jersey.

While that’s a decent fight, it does not compare to the money clashes available to Shakur at 135 against Haney, Tank Davis, Lomachenko, and Ryan Garcia.

If the objective is for Stevenson to make the most money possible and create a legacy that future generation of boxing fans will admire, he needs to nail out of the 130-lb division immediately after his title defense against Conceicao in September and begin fighting lightweights.

“It’s like we’re [Devin Haney] always one weight class apart. If I’m real with you, I’ll probably be going up [to 135] real soon,” said Shakur Stevenson to Fighthype.

“Like I said, I’m with all the smoke. I don’t duck no action. If we’re at the same weight and it comes down to it, then I’m down with it. I knew when you go to these tournaments, and somebody is winning the same tournament as you.

“They’re winning the tournament as you every time, and we got to the same tournament over and over and over, you know in the back of your brain, ‘He’s going to be a great fighter,'” said Shakur. 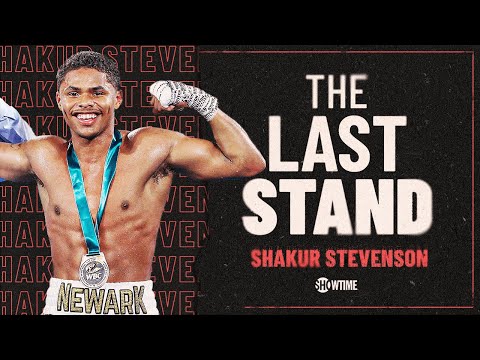 Adrien Broner needs a win over Omar Figueroa on Aug.20th to revive career »