Adrien Broner needs a win over Omar Figueroa on Aug.20th to revive career

By Craig Daly: Adrien ‘The Problem’ Broner needs a victory next month against Omar Figueroa to keep his shattered career going when the two meet on August 20th on Showtime. The Broner-Figueroa 12-round fight will be taking place at the Hard Rock Live at Seminole Hard Rock Hotel & Casino in Hollywood, Fla.

Still, the network hasn’t given up on the 32-year-old former four-division world champion because they’re televising his fight against Figueroa (28-2-1, 19 KOs) as the main event rather than stowing it away where it won’t attract attention buried on an undercard somewhere.

If Broner loses to Figueroa, Showtime may stop showing AB’s fights, but I doubt it. As long as Broner doesn’t lose too badly to Figueroa, he’ll be given another shot by Showtime, as they seem to be sentimental, holding onto AB for the things he accomplished 10 to 12 years ago when he was still firing on all eight cylinders.

“He’ll try to make it a rough fight. Every fighter is different, but I don’t think he’ll be hard to hit,” said Broner about Figueroa.

Broner is a little off with his prediction of Figueroa, making it a rough fight. The only thing Figueroa will be doing that Broner won’t like is throwing a lot of punches, forcing him to work harder than he wants to and what he’s capable of doing.

We saw in Broner’s one-sided 12-round decision loss to Manny Pacquiao in 2019 and Marcos Maidana in 2013 that he doesn’t like pressure.

Broner isn’t equipped physically to throw a lot of punches, so he falls apart when fighting guys that throw a lot of shots and force him to work hard. You can expect Figueroa to fight that kind of fight because that’s his game.

Figueroa lost his last two fights against Yordenis Ugas and Abel Ramos at 147 and looked terrible in both of those contests. Defensively, Figueroa had nothing to stop the offense of Ramos and Ugas, which is why he took a beating in both fights.

Broner is nowhere near as good as either of those two fighters at this stage in his career, and he never was on their level. Figueroa doesn’t need to worry about being beaten up by Broner like he was against Ramos and Ugas.

In other fights on the card, light welterweights Batyr Akhmedov and Alberto Puello battle for the vacant WBA strap, and WBA super featherweight champion Roger Gutierrez will be making a title defense again Hector Garcia.

The undercard fights are far more interesting than Broner vs. Figueroa, but those guys aren’t household names, so that fans won’t get too excited about the matches during the build-up. 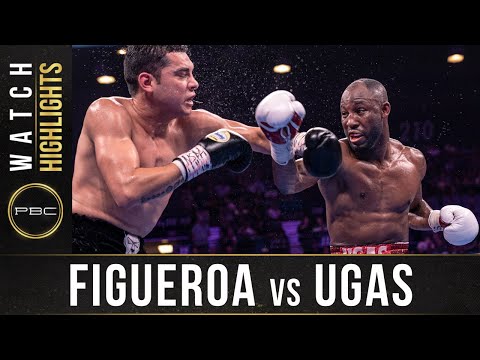 Ryan Garcia: “You haters are paying for my Jet” »