By Dan Ambrose: Ryan Garcia says Floyd Mayweather Jr. can’t stop him from talking about Canelo Alvarez in the beef that the two fighters have.

During Wednesday’s media day, Ryan (22-0, 18 KOs) says Mayweather won’t keep him from speaking his mind about Canelo, and that they can bring in all GOAT [greatest of all time] fighters, and he’ll continue to talk.

Last week, Mayweather said Ryan shouldn’t talk about Canelo until he’s accomplished things as he has. However, there’s too much water under the bridge at this point between them for Ryan to stop talking now.

The 23-year-old Ryan unleashed the dogs of war on Canelo when the golden-haired fighter questioned his work ethic in an interview instead of coming to him about his issues.

Since then, Ryan has taken shots back at Canelo, and he recently said he thinks he’ll lose his next fight against 40-year-old Gennadiy Golovkin on September 17th.

“They need the avengers to stop me from talking,” said Ryan Garcia when told that Floyd Mayweather Jr. said he wants him to stop talking about Canelo Alvarez.

“It could be Floyd; it could be Canelo, and throw in all the GOATs; they need them all. They can’t stop me,” said Ryan Garcia.

If Canelo loses his next fight against Golovkin in September, Ryan can take his perch and crow about it and say, ‘I told you so.’ To be sure, that would be a bitter pill for Canelo to swallow, having young Ryan gloat about his loss to the past his best GGG.

“I prefer he tries to go for the knockout. Please try to come and knock me out,” Ryan continued. “I know for a fact this guy is a frontrunner. There’s nothing he can change about it.

“He’ll probably last for two rounds, maybe depending on if he gets caught. Once he gets tired, I’m going to beat the dog s*** out of him. 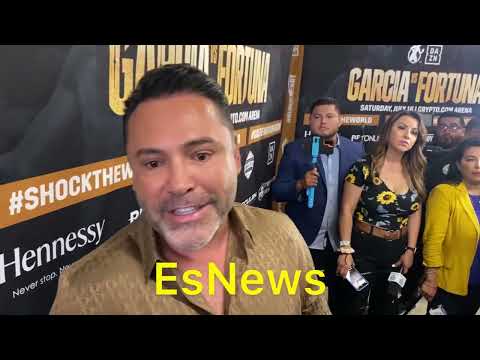 
« Fighters of Many “Colors” May Surprise You!