By Chris Williams: Chris Colbert says a fight between him and Errol Spence fighter Frank Martin will happen this year around September or October and that he’s going to beat him at lightweight.

Colbert (16-1, 6 KOs), who fights at 130, said he’d move up in weight and face the 27-year-old Martin (16-0, 12 KOs) at 135 for the fight. Afterward, Colbert said he would decide whether to remain at lightweight or move back down to super featherweight to go after a world title.

Colbert is coming off a disappointing 12-round unanimous decision loss to Hector Luis Garcia last February.

Chris had been scheduled to challenge WBA 130-lb champion Roger Gutierrez for his title, but he had to pull out due to coming down with COVID-19.

“I do the unexpected. I’m dead-a** serious,” said Chris Colbert to Fighthype when asked how serious he is about fighting lightweight Frank Martin. “I don’t do too much talking on social media unless I know it’s going to happen. It’s going to happen.

“After this dominant performance [against Martin], we’ll see how this goes. I really dominate everybody in my mind. My last fight [against Hector Luis Garcia] was a malfunction with my body and myself, and I paid for the course, right?

“Now it’s time for me to come back and do what they think I can’t do. So they can know that s*** wasn’t about nothing. He’s a good fighter.

“He’s a hell of a fighter, actually, but I see flaws that I can exploit, and that’s what I’m going to do when the date gets set,” Colbert said about Martin.

“He did good,” said Colbert when asked about his thoughts on Frank Martin’s tenth-round knockout win over Jackson Marinez last Saturday night. “He got a little bit tired, but that comes with the sport.

“But he actually did good and dominated the kid like he’s supposed to do to get him out of there.

“When I beat him. Back to where I belong, and after that, I make my decision if I’m going back down to 130 to get my belt and then defend it a couple of times and come up to 135,” Colbert said when asked what a win over Frank does for him.

“It’s scary to a lot of people,” said Colbert about a potential clash between him and Martin. “No, I just seen him on TV; let’s make it happen. I like that kind of s***. Errol Spence is his promoter, and that’s what he’s supposed to do,” Colbert said when asked about his thoughts on Errol Spence Jr actively pushing to make the Martin fight against him.

“No, not at all,” said Colbert when asked if he felt disrespected by the way he was called out. “Me and Errol Spence have history. I said what I said about him, but I always came back to the conclusion that he’s a great fighter.

“I’m hungry, and taxes are coming around. I’m just training. That fights going to happen, but I’m getting ready. Yeah, for sure. In my next fight,” Colbert said when asked if he believes the fight with Frank Martin will happen in 2022. 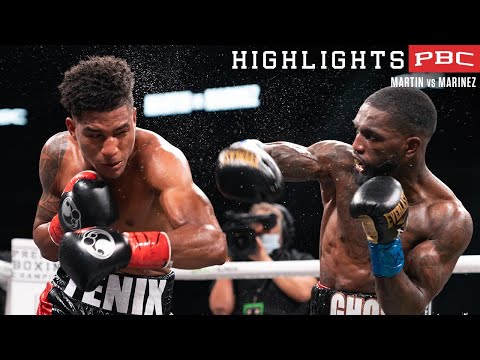 Gilberto Ramirez: “I know I can beat” Dmitry Bivol »