Ryan Garcia: “I don’t care about the belts, they don’t matter”

By Allan Fox: Ryan Garcia says he doesn’t “care about the belts” and only focuses on beating fighters that can give him “power and influence in boxing.”

Of course, Ryan is 100% right about his view that belts have lost meaning in this era of boxing.

Almost any fighter with decent talent can capture a belt if they have a wily promoter that pulls the strings to put them in a position to fight for a vacant belt or win a secondary strap.

This Saturday, Ryan will face Javier Fortuna (37-3-1, 26 KOs) on DAZN at the Crypto Arena in Los Angeles.

That said, Fortuna might as well be a cardboard prop because fans aren’t excited about this fight and view him as just the B-side opponent for another showcase bout for Ryan.

Ryan’s targeting of WBA ‘regular’ lightweight champion Gervonta ‘Tank’ Davis is only because of the gain from beating a star. The secondary WBA belt that Tank (27-0, 25 KOs) possesses means nothing to the unbeaten 23-year-old Ryan Garcia.

Ryan says the only proper way he can become a champion at 135 would be to defeat undisputed champ Devin Haney, as he has all the actual titles.

However, beating Haney would mean less to Ryan than a victory over Tank Davis, as the boxing world holds him in higher esteem.

Like his predecessor George Kambosos Jr, Haney’s four belts fail to validate him in the eyes of the fans, as they still view Tank and Vasyl Lomachenko above him, just as they did when the Australian held all the titles.

“Excitement, ferociousness, grit, anger, and focus,” said Ryan Garcia to ABN Sports Media when asked about his thoughts heading into his fight this Saturday night against Javier Fortuna.

“You just need to research boxing a little bit more. You can’t knock everybody out. It’s virtually impossible. If one fight I don’t get a knockout, cry me a river. I’m not here to please you. I’m here to win.

“Do I love to knock people out? Yes, I do. So you have somebody that loves to do it.  But when I force it, it doesn’t happen. I’m just focusing on hitting him and keep hitting him.

“He could end up on his face, his back, on his side, on his knees. There are so many options. I leave it open because you’ve got to look at it truthfully. This guy could walk into a bunch of s***.

“Yeah, if I get a fight with Gervonta Davis,” said Ryan when asked if he would become a world champion in 2022. “He has the WBA World, so I’ll have some type of championship. The only way I can become champion at 135 is if I fight Devin.

“But again, I don’t really care about the belts; I’m going, to be honest with you. I care about who I beat and how I feel in my heart, and what that victory does for me. Beating Gervonta Davis would give me influence and power over the whole boxing community.

“Anybody that doubts that has to wait until after I beat him because then they’ll see what true power is. Belts don’t matter in this game. What matters if you put people in those seats and if you’re exciting and people want to watch you. That’s it. The people decide who’s the top dog, and that’s it.

“Nobody cares about belts anymore. It’s past that time. The belts mean nothing. They have no substance anymore. Anybody can get a belt,” said Ryan. 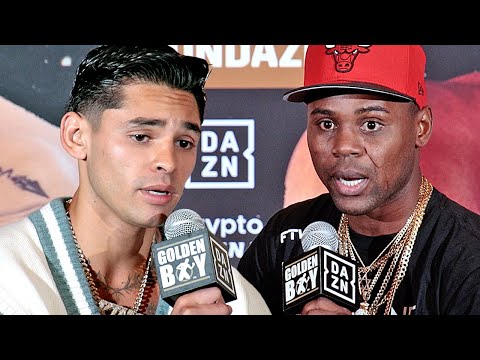 Is Conor Benn cashing out against Chris Eubank Jr? »