By Ken Hissner: The oldest Veteran Boxers Association group in the country Ring One out of Philadelphia, Pennsylvania, is having their 2022 Boxing Hall of Fame Induction banquet at Rivers Casino in Philadelphia starting at 4 pm on Sunday, July 24th!

There will be 13 inductees this year per John DiSanto (609-377-6413), who heads the committee. He also heads the Briscoe Awards (BriscoeAwards.com), which he will combine with the inductions.

In the MODERN BOXERS group will be four inductees, including IBHOF inductee Bernard “The Executioner” Hopkins, 55-8-2 with 32 knockouts. He is Philadelphia born eventually resided in Hockessin, Delaware, for years, but is back in Philadelphia. He has held the WBA, WBC, WBO, and IBF Middleweight titles and the WBA, WBC, and IBF Light Heavyweight titles. He is currently a partner with Golden Boy Promotions.

“Double M” Michael Moorer, 52-4-1 with 40 knockouts. He is from Monessen, PA, and held the WBO Light Heavyweight title and the WBO, WBA, and IBF heavyweight titles.

“Fearless” Freddie Pendleton, 47-26-5 with 35 knockouts. Born in Philadelphia, now a resident of Miami, Florida, he held the IBF Lightweight title. This writer once managed him for his first winning title, the PA Super Lightweight title. The highlight win of his career was defeating Pernell “Sweet Pea” Whitaker.

The 1996 Olympian Zahir “Z-Man” Raheem, 35-3 with 21 knockouts. He held the NABA, WBC Continental Americas Featherweight titles, and the WBC International Lightweight title. He is from Philadelphia and, today, a trainer.

In the VINTAGE BOXERS category are two, headed by Michael “Jinx” Spinks, 31-1 with 21 knockouts. He is a 1994 IBHOF inductee and a native of St. Louis, Missouri, currently living in Delaware. He held the IBF, WBA, and WBC World Light Heavyweight titles and was the first champion in that division to win the IBF World Heavyweight title while holding the Light Heavy title.

Lou Bizzaro, Sr., 31-2 with 9 knockouts. He was born in Marcianise, Campania, Italy, before coming to America and becoming a resident of Erie, PA. He fought IBF Lightweight champion Roberto “Hands of Stone” Duran for the title, being stopped in the 14th round. His biggest win was over Canadian champion Lawrence Hafey. Today he is still in the promotional business out of Erie.

In the OLD-TIME BOXERS category are 2 with former Flyweight champion of America “Battling” Al Murray, 28-17-4 with 24 knockouts though credited with 157 bouts, born in Chester, PA, before becoming a resident of Philadelphia.

NON BOXERS category has five starting with matchmaker Harold Moore with 54 events out of Philadelphia. He fought as a professional boxer. Promoted at the Blue Horizon from 1982-1983. He promoted Bennie Briscoe’s final fight (1982 vs. Jimmy Sykes). He worked as a matchmaker for Peltz Boxing (1984-1988).

Referee and judge Tommy Reid with 119 bouts as referee and 18 bouts as a judge. He was as good a referee from PA as this writer has seen. 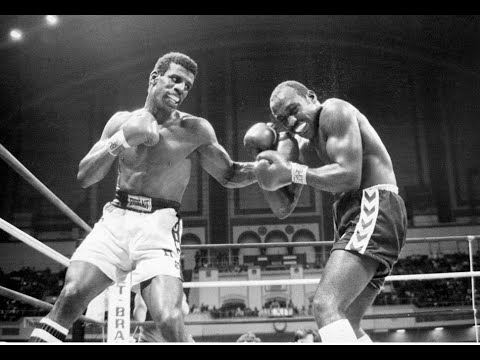