By Adam Baskin: Trainer Angel Garcia doesn’t think much about his son Danny Garcia’s next opponent Jose Benavidez Jr ahead of their fight on July 30th on Showtime at the Barclays Center in Brooklyn, New York.

As far as Angel is concerned, Benavidez (27-1-1, 18 KOs) has fought one noteworthy opponent, Terence Crawford, and 27 no-name guys during his 12-year professional career.

Danny, 34, is using Benavidez Jr as a tune-up after being out of the ring for a year and a half.

The former two-division world champion Garcia (36-3, 21 KOs) needs someone that can give him some rounds to get the rust off before he begins tackling the contenders at 154.

Danny ‘Swift’ is using Benavidez Jr for his debut at 154, even though he’s fought most of his career at 140 and 147. Garcia won’t get his real taste at 154 until his next fight against a contender or possibly a champion.

Angel isn’t saying if Danny will elect to challenge undisputed junior middleweight champion Jermell Charlo next if the possibility is there.

Whatever Garcia does, he’s got to stay active because he can’t afford to sit for another 1.5 years and expect to compete at the top levels of the 154-lb division.

Garcia’s last big win over a genuine top-level guy came in 2015 when he beat Lamont Peterson. At the time, Peterson was one of the top 140-pounders.

“This guy is a good fighter. He’s got 26 fights, and he’s got one loss [to Terence Crawford], and you know the guy and 26, you know nobody, ” said Angel Garcia to Fighthype about Danny Garcia’s opponent Jose Benavidez Jr. “That tells you a lot about him.

“The guys is not a skillful fighter. He can’t fight going backwards,” Angel said about Benavidez Jr. “He don’t have no skills. He don’t dip, he don’t slip, he don’t duck hooks, he don’t do none of that. He just comes forward, buddy.

“He just comes forward. I don’t know what the hell they’re teaching him. My thing is, I teach perfection. I don’t teach just go in and get beat up.

Danny is 36-3 and 3 suspects, okay. The thing is, look at Danny’s face, and he can still live tomorrow with his children and have fun. He’s not wondering if the plane left him.

“Danny has got 14 world champions under his belt. Danny defended his title ten times, defending it. You can be a champion, but defending it, that’s where you got to keep it. It’s hard.

“You see young guys winning a title; they’re superstars. As soon as they get a world defense, they lose it.

“We want to take care of Benavidez first,” said Angel when asked if Danny Garcia would look to challenge undisputed 154-lb champion Jermell Charlo next after the Benavidez fight. 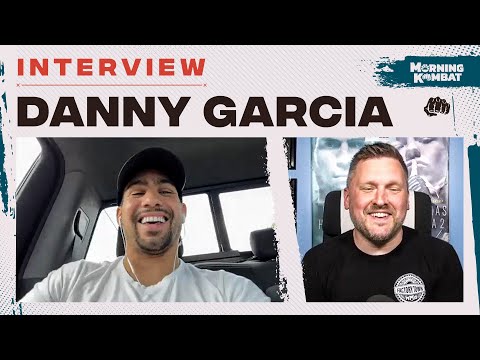