Joshua declines Fury’s offer to train him: “I wouldn’t take his help”

Fury feels that without pointers, Joshua is up the creek without a paddle in the second fight against the talented IBF/WBA/WBO heavyweight champion Usyk (19-0, 13 KOs), and he could be right.

Joshua looked out of his depth in his loss to Usyk last September, and his new coach Robert Garcia is seemingly leading him into disaster with the idea he has of having AJ fight aggressively in the rematch.

That idea would only work for a fighter with a chin and excellent stamina; sadly, Joshua has neither of those things going for him.

WBC champion Fury isn’t exactly being selfless by offering to train Joshua (24-2, 22 KOs) for a fight that could have his career on the line, as ‘The Gypsy King’ stands to make a ton of money in a match later this year against AJ if he’s victorious on August 20th.

If Joshua loses to Usyk, Fury loses out on a boatload of dough against AJ this year, perhaps permanently. The chances of Joshua returning from a second loss to Usyk to resurrect his career are slim.

“Is there anything I could learn from him? Honestly, no, not really,” said Joshua to The Mirror, rejecting Tyson Fury’s offer to help train him for the Usyk rematch.

“For a man that’s retired, go and have a beer, relax, go and help some people who need it; what are you talking about me for?”

As the saying goes, ‘Pride goes before the fall,’ and that saying fits Joshua to the tee.

Fighters that are too proud and arrogant to accept help from others ruin their careers, and it’s safe to say at this point, what’s left of Joshua’s shattered career is heading to extinction by August 20th in his rematch with Usyk.

If Charles Brun were in Joshua’s shoes, he’d gladly accept the offer from Fury for help because there’s no shame in what he’s offering. He wants to assist Joshua because he has everything to gain from AJ winning the rematch with Usyk.

If Joshua cares about saving his career, he’ll see the light and pick up the phone to call Fury and accept his offer.

While doing so, Joshua would do well to take a big broom, sweep his current trainers Angel Fernandez and Robert Garcia out of his gym, and use Fury or Sugarhill Steward to coach him for the rematch Usyk.

“He’s an interesting character, but I wouldn’t take his help as well,” continued Joshua about Fury. “I’ve done my thing; he has done his, and good luck to him whatever he’s doing.” 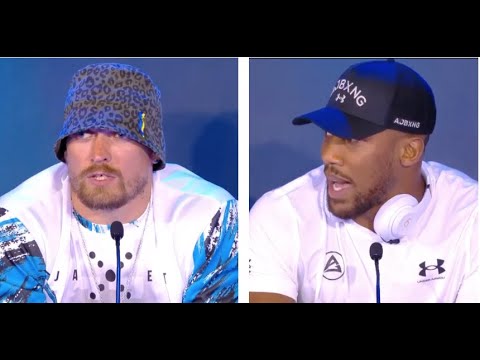