By Chris Williams: Undisputed junior middleweight champion Jermell Charlo reacted on Friday to ESPN leaving him out of their top 10 pound-for-pound list.

As you would expect, the four-belt 154-lb champion Jermell (35-1-1, 19 KOs) was less than pleased at being left off ESPN’s pound-for-pound list.

After Charlo’s recent accomplishment of becoming the undisputed champion at 154 last month, he wanted to be validated by the people that create the pound-for-pound lists, but it didn’t happen.

Instead of Jermell making the pound-for-pound list with ESPN, you have the recently beat Canelo Alvarez at #4 and the retired Tyson Fury occupying the #5 spot.

Some boxing fans believe the creation of the pound-for-pound lists has more to do with who a fighter is affiliated with rather than on their accomplishments inside the ring.

For Jermell to make the pound-for-pound list, he might need to defeat Terence Crawford and/or Tim Tszyu when those fights get made.

Jermell is probably not going to ever fight his friend Errol Spence Jr unless the money is out of this world good, and it’s unlikely he’ll be offered absurd dough for that fight because the 154-lb division isn’t a popular one.

“I don’t care about where I’m at in people’s list. I’m a realistic person,” said Jermell Charlo to ESNEWS. “I think Lomachenko deserves to be up there. Usyk has been doing his thing.

“[David] Benavidez, he did beat some champions. My brother [Jermall] and Benavidez are #9 and #10 if I consider. I done fought everybody in my division, and they still consider it a weak division. I don’t give a f*** where they keep me just as long as I’m making my living.

“These mother f*** tell me whatever they want to tell me.

If Chris Williams were the one putting the pound-for-pound lists together, he’d leave off Tyson Fury, Naoya Inoue, and Vasyl Lomachenko because those guys aren’t in the position to be on it right now.

Fury is retired from the sport, Inoue hasn’t beaten anyone good yet, and Lomachenko is busy fighting a war. Who knows when Loma will return to the ring? While Lomachenko is busy, Jermell should be on the top 10 list somewhere instead of him, Fury or Inoue. I’m just saying. 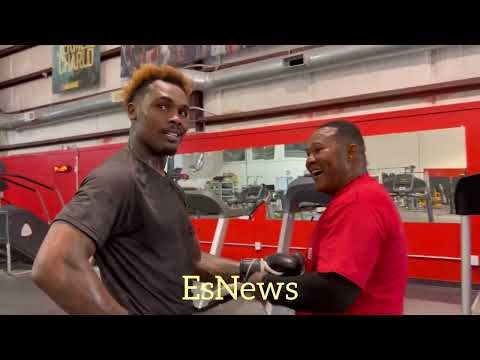 
« Can Matchroom build American empire on low weights and females