By Ken Hissner: The two greatest heavyweight champions of all time had been mistreated during their careers by the government, causing them to fight beyond their skills anymore, like Louis due to debt and taking Ali’s license from him for almost four years, only returning to the ring with his defensive skills never quite the same in my opinion.

Louis was a world champion when he enlisted into the Army on January 8, 1942, when Japan attacked Pearl Harbor. He made a title defense the next day in a rematch against Buddy Baer, whom he had won by DQ but this time scored a first-round knockout.

Next in June of 1946 came the rematch with Billy Conn, whom Louis stopped in June of 1941 while behind on the scorecards in the thirteenth round knocking him out in eight rounds this time.

Louis did many exhibitions for charity, and when he got into tax problems, the government came down on him instead of forgiving him for all he did, which led to him fighting beyond being the great boxer he once was.

In December of 1947, he defended against “Jersey” Joe Walcott, 42-13-1, and won a disputed decision mostly due to not training properly, and he paid for it. In a rematch in his next fight, he was behind on two scorecards knocking out Walcott in eleven rounds.

Returning to the ring in September 1950, some fifteen months later, he would lose his title to Ezzard Charles by a lopsided decision. He would go on to win five fights against weak opposition for the most part when in June of 1952, he knocked out Lee Savold, 104-44-4, only recognized by the BBBC as a title fight.

Two fights later, in August of 1952, Louis defeated Jimmy Bivins, 78-20-1, who had been considered by many the world champion while Louis was in the Army.

Two months later, his career came to an end when he was knocked through the ropes after scoring an earlier knockdown in the round by Rocky Marciano, 37-0. Marciano, it was reported, cried after the match due to idolizing Louis.

Louis ended his career at 66-3 with 52 knockouts with a record twenty-five title defenses. The only time he lost during the prime time of his career was in June of 1936, being knocked out by Germany’s Max Schmeling, 48-7-4, in twelve rounds. In June of 1937, he won the world title knocking out champion Jim Braddock, 51-25-7, in seven rounds.

In June of 1938, Louis had the rematch with Schmeling, saying prior to this, “I don’t consider myself as the champion until I beat Schmeling!”

He knocked Schmeling, 52-7-4, out in the first round. Years later, Schmeling, then an owner of a Coca-Cola franchise in Germany, would financially help out Louis. Singer Frank Sinatra also helped him out by having him work as a greeter in Las Vegas.

Before this, he degraded himself by becoming a professional wrestler. It was said he also lost quite a bit betting on the golf course. When he had turned pro, his two black managers, John Roxborough and Julian Black took 50% of his purse, signing him, telling him “white managers would steal from you!” They fleeced him.

World champion Muhammad Ali was 28-0 when he stopped Zora Folley, 74-7-4, in a title defense. He would refuse induction into the Army based on his religious (Muslim) convictions. I remember getting honorably discharged from the Army that year and hearing that NFL quarterback Joe Namath of the New York Jets refused induction due to “bad knees!” Yet he was able to maintain his livelihood. Same for actor John Wayne who wasn’t drafted due to a bad knee only to go on to star in military movies.

Upon returning to the ring in October of 1970, stopping Jerry Quarry, 37-4-4, in three rounds, Ali defensively was not the same. While he evaded many a punch during his career, this would leave him to eventually use the “rope-a-dope” and other methods taking more punishment than he ever did before this.

Two months later, he stopped another top contender in Oscar Bonavena, 46-6-1, in the fifteenth round. This led to his first fight against WBC & WBA world champion “Smokin” Joe Frazier, 26-0, behind on all scorecards, being dropped in the fifteenth round losing for the first time in his career. Rumors were it was Frazier who went to the hospital, not Ali, who suffered a very swollen jaw from the knockdown.

In Ali’s next fight, he won the vacant NABF title defeating Jimmy Ellis, 30-6, whom he split with in their two amateur bouts. Since Angelo Dundee trained both boxers, he worked the underdog Ellis’ corner.

Including this fight, Ali would win his next ten fights before losing to Ken Norton by split decision though he had his jaw broken early in the fight, which was in March of 1973.

Shortly after that loss, I met Ali in center city Philadelphia (he was born in Louisville, KY, but lived at 70th and Overbrook in Philly, then in Cherry Hill, NJ, at the time), and I saw him in the crowd and went over. This old-timer said to him, “next time you fight, Norton be a man, not a boy!” Ali replied, “did you call me Roy?” All but this individual laughed. He then repeated the same thing, and Ali came back with “play with him like a toy. Did you call me Roy!” Even the man laughed.

Two weeks later, after reading of his new residence in NJ, I went there not as a writer yet but as a fan and got to meet him. He was one of the funniest people I have ever met. Four years later, at his Deer Lake, PA, training camp, I had my picture taken with him.

The fourth time I met him was his unfortunate fight with Larry Holmes when he was in terrible shape. I said to him, “look at the shape you are in. You and Max Baer had the best physics among all the champs; why are you taking this fight?” He padded his belly and said, “I love my ice cream!” It would be the only time in his career he would be stopped.

Ali defeated Norton in a rematch and two fights later defeated Frazier in a NABF defense, being both were not at the time world champions in January of 1974. In October, he was in Zaire, Africa, entitled “Rumble in the Jungle,” using the rope-a-dope for the first time, stopping then world champion “Big” George Foreman in eight rounds.

Two defenses later, Ali was behind on two cards and even on another when he stopped Ron Lyle, 30-2-1, in the eleventh round. Lyle did his only rope-a-dope against the ropes when the referee Ferd Hernandez prematurely, in my opinion, called a halt.

Two fights later, in Ali’s third fight with Frazier in Manila, the Philippines, entitled “Thrilla in Manila,” Ali would stop Frazier after fourteen rounds well ahead on all scorecards when trainer Eddie Futch wouldn’t let Frazier out for the final round. Ali was also near exhaustion at the time of the stoppage.

Ali would make six more defenses before losing to former Olympic Gold Medalist Leon Spinks, 6-0-1, by split decision in February of 1978. In September, Ali won the rematch and should have retired. His cut man Ferdie Pacheco quit the corner after this saying Ali should never fight again.

It would be just over two years when he fought again, losing to Holmes. Fourteen months later, in what would be his final fight, he lost to future world champion Trevor Berbick, 19-2-1, in Nassau.

Ali ended his career at 56-5 with 37 knockouts and nineteen title defenses. He would later sell the right to his name for $50,000 due to financial needs. 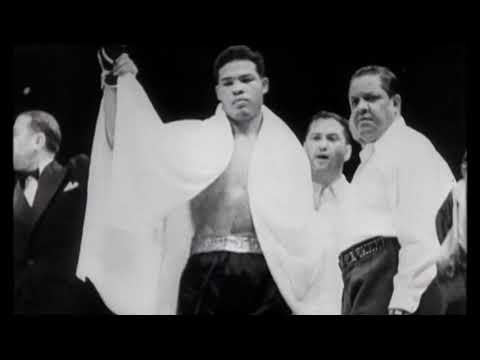