By Dan Ambrose: Edgar Berlanga is expected to be suspended by the New York State Athletic Commission this Friday for his attempted bite of his super middleweight opponent Alexis Angulo last Saturday night at Madison Square Garden in New York

ESPN is reporting the news of Berlanga’s likely suspension for his fight against 38-year-old Angulo (27-3, 23 KOs).

There’s no word on how long the suspension would be for the 25-year-old Berlanga, but it would have to be more than four months for it to have any real impact.

With Berlanga fighting twice a year on average, a suspension won’t do much, given that he’s already fought twice in 2022.

The scores the three judges handed down seemed way off from the fight that night. Berlanga was the A-side fighter, competing in his backyard in New York, whereas the Colombian Angulo was the visiting fighter and the B-side.

Surprisingly, Berlanga wasn’t penalized by the referee for his attempted bite in the seventh round, which some boxing fans couldn’t understand. Berlanga said afterward that elbows had hit him, which led to the incident in the seventh.

“A member of the New York State Athletic Commission, who requested anonymity to speak on the matter because there isn’t yet an official decision, confirmed to ESPN that the incident is being reviewed. An official decision on the particulars of the discipline is expected by Friday,” said Mike Coppinger of ESPN.

“I want to apologize for my actions and what I said yesterday about the Mike Tyson bite,” Berlanga.

It was not a good performance from Berlanga, as he struggled with the pressure and power from the more experienced Angulo.

After getting the worst of it in the first quarter of the fight, Berlanga was forced to get on his bike and box for the remaining six rounds to pull out the victory, and it wasn’t a particularly entertaining fight.

“I was very surprised. It was a moment of frustration, and something caused him to do it,” said trainer Andre Rozier to Fighthype about Berlanga’s attempted bite of Angulo in the seventh round.

“It’s something that could have gotten him disqualified. You don’t make mistakes like that. It was nothing to take lightly and joke about. Actually, if I were in his corner, I would have popped him upside his head and told him, ‘Don’t you ever do that again,'” continued Rozier about Berlanga.

“I can only liken it to a moment of frustration, and hopefully, he’ll never do it again. I’m waiting for the day that he uses his great jab because he has, but he definitely performed in the necessary means for the opponent he was facing,” said Rozier about Berlanga. 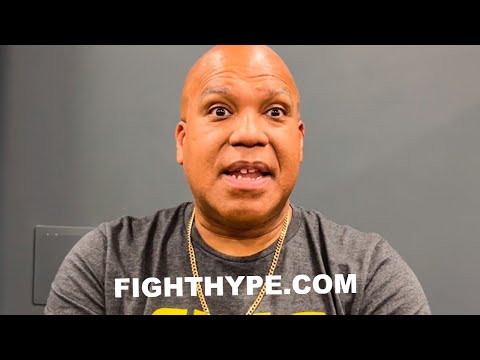