Anthony Yarde on Beterbiev: “He was slower than I thought”

Whether Beterbiev is slower than Yarde thought or not, he’s still going to be a tremendous favorite with the judges, and it’s going to take nothing short of a miracle for Anthony to beat him.

Beterbiev’s trainer Marc Ramsay said he hadn’t heard anything about Yarde being next in line for Artur in October.

It’s unclear whether promoters Frank Warren and Bob Arum are hoping to get Beterbiev to agree to face #1 WBO Yarde or if his trainer Ramsay hasn’t been told about the fight with Yarde for some reason.

“If I win this fight my life will change,”  said Yarde to Frank Warren’s Queensbury about his dream of defeating Artur Beterbiev next. “I’ll say it again. He was slower than I thought.”

Sergey Kovalev wasn’t a speed demon, and he still knocked out Yarde in the 11th round in 2019. Likewise, Lyndon Arthur isn’t the fasted fighter and yet beat Yarde as well.

“You’ve got to look at Beterbiev in the form he’s in at the moment. I don’t think Anthony has been as busy of late,” said trainer Joe Gallagher to SecondsOut.

“Anthony got experience from the Kovalev fight. It’s a style that I don’t think Artur Beterbiev has come up against. It’ll be interesting to see how he deals with it. Anthony did really well against Kovalev. He just ran out of gas.

“Can he keep Artur Beterbiev at bay for 12 rounds? There’s going to be a lot of leg movement. I don’t think Anthony is going to go straight for him. Maybe he might. he might have the attitude if, ‘I’m going to get you before you get me.’

“You got to go with Beterbiev, but I wouldn’t rule Anthony out. Everyone has got a chance in boxing. His [beterbiev] strength is his jab. He’s got an unbelievable jab.

“If you’re fighting Beterbiev and you’re carrying enough power with you, you’ve got to sit in the pocket with him, and that’s it. I’d fight fire with fire. If Callum Johnson had a rematch, he’d do it again.

“I think you’ve got to frustrate a little bit and counter. Tie up and wait for the referee to break and frustrate Beterbiev a little bit,” Gallagher said on what Yarde should do against Beterbiev. 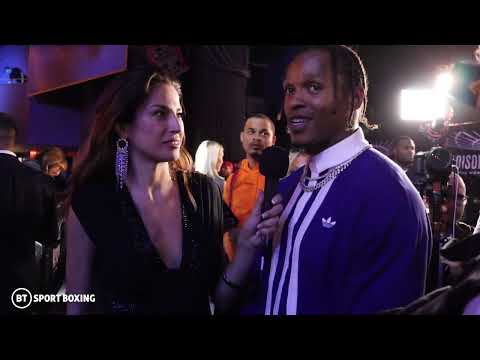 Joe Joyce on Anthony Joshua: “His chin is gone, and heart not in the game anymore” »