By Allan Fox: Explaining why he was knocked out in the sixth round, Rolando ‘Rolly’ Romero (14-1, 12 KOs) says he got caught by a shot when he jumped in and WBA lightweight champion Gervonta ‘Tank’ Davis (27-0,25 KOs) capitalized on it by landing a left that stopped him.

Rolly fought well, appearing to win the first five rounds, but in the sixth, he blindingly charged Tank Davis and was clipped by a big left hand. Tank said afterward that he didn’t throw the punch all that hard, and he’s probably right. It was Rolly’s momentum of charging Tank that supplied the power. 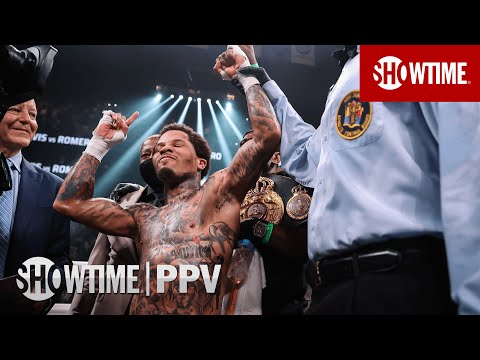 As far as Rolly is concerned, he “exposed” Tank Davis, and he wants an immediate rematch. That’s going to be a tall order for Rolly’s promoters at Mayweather Promotions to fulfill, considering it’s unclear whether Tank will re-sign with them now that his contract has expired.

If Tank, 27, does extend his contract with Mayweather Promotions, he’s likely to go in the direction of a fight against either the George Kambosos Jr. vs. Devin Haney winner or Ryan Garcia.

Rolly will need to take a mature approach to his loss and pick up the pieces of his shattered dreams to begin to rebuild. What Rolly needs is to defeat these top lightweight contenders to get in position for a rematch with Tank down the road.

Boxing News 24 had Rolly ahead 49-46 at the time of the stoppage in the sixth.

It sounds like Rolly is still upset about the loss, and not reacting with emotion. He just needs to put the fight with Tank out of his head, and learn from it