By Sean Jones: Jermall Charlo says he hopes a fight between him and David Benavidez can happen after he defends his WBC middleweight title against Maciej Sulecki on June 18th.

Charlo (32-0, 22 KOs) insists that he’s not afraid of the former two-time WBC super-middleweight champion Benavidez (25-0, 22 KOs), and that the fight has already been pushed.

Last month, Charlo and Benavidez had a brief confrontation on April 16th at AT&T Stadium in Arlington, Texas. The two fighters have different views on what took place. While Benavidez says Jermall was protected by a security team, he vehemently denies that was the case.

It would be a good idea for Charlo to show boxing fans that he’s serious about wanting the fight against Benavidez by telling his PBC management to make it happen.

Jermall, 31, has been taking too many lower-level tune-up fights since he captured his WBC middleweight title in 2019.

Promoter Eddie Hearn mentioned last week that Jermall hadn’t fought anybody to deserve a fight against Canelo Alvarez, and he’d like to see him step up and face Benavidez.

“He’s had some great fights. It’s about making adjustments in boxing, though,” said Jermall Charlo to Fight Hub TV when asked about his June 18th title defense against #4 WBC Maciej Sulecki.

“We’ll let him come in. We’ve noticed some flaws that we have to work on. We’ve got time, so we’re working on everything. I don’t know; it’s boxing, so we’ll see how it goes.

“At this level, everybody is trying to survive and give me the best fight they can give me.

“He’s about to turn this s*** into something,” said an agitated-looking Jermall when asked about his confrontation with David Benavidez on April 16th at the Errol Spence Jr. vs. Yordenis Ugas event at AT&T Stadium in Arlington, Texas.

“He grabbed my arm, and I checked his a**; it’s as simple as that,” said Charlo about Benavidez. “He tried to look all hard. Man, nobody is scared of no Benavidez. I’m in Cali right now. Nobody is behind me right now. Where is he at?

“I want that fight too. If they make it happen, we’re going to get it on. I’m not worried about this dude. Y’all worried about him. 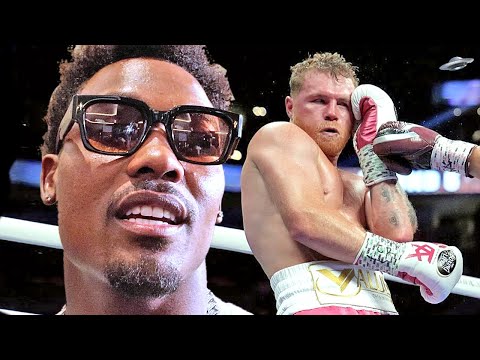 Hughie Fury vs. Michael Hunter to fight in July »