By Dan Ambrose: Matchroom Promotions CEO Leonard Ellerbe says Canelo Alvarez CAN’T beat Dmitry Bivol in the rematch, whether at 168 or 175. Ellerbe believes that Bivol (20-0, 11 KOs) has a lousy style for Canelo, and he’ll defeat him without any problems in the second fight.

Boxing fans want Canelo to return to the 168-lb division and leave Bivol alone, but the problem is that the fighters he would need to face when he returns will likely beat him just as badly, if not worse.

Some believe the main reason why Canelo went up to 175 is to avoid these dangerous super middleweights:

Those guys can beat Canelo, and he won’t have the same built-in excuse for losing to them as he did at light heavyweight.

Canelo’s fans are giving him a pass for losing to Bivol because he fights at 175, even though his weight is essentially the same as his.

If Canelo returns to the 168-lb division and begins losing to fighters in that weight class, there won’t be an excuse that he can give them.

Bivol is too solid in his fundamentals, as he does everything an intelligent, disciplined, technical fighter should do.

Canelo is undisciplined, cuts corners, loads up on single shots, and can’t fight for more than three rounds without getting tired.

“No, no, he can’t beat Bivol,” said Mayweather Promotions CEO Leonard Ellerbe to Fighthype when asked if Canelo Alvarez could beat Dmitry Bivol in the rematch.

“He can’t beat him,” Ellerbe continued when asked if Canelo can beat Bivol if he comes down to 168. “Styles make fights. No matter what he does, the guy [Bivol] is big & strong. He’s not just going to stand there.

“All the tricks that Canelo does, he’s got experience too. He took advantage of timing. He’s got a jab too. He’s the bigger, stronger fighter too.

“So everything where Canelo was trying to close the gap that we see him do against other fighters. We know boxing. There are certain styles that are going to create problems for certain boxers. That’s what I’m telling you,” said Ellerbe.

If Canelo had the talent to beat Bivol, he would have rallied in the second half of the fight. He couldn’t do it, and we’ll see the same thing in the rematch if Canelo is brave enough to face Bivol again.

“I was designed for Dmitry Bivol because he’s a fine young man,” said Eddie Hearn to the DAZN Boxing Show. “Bivol would have agreed to fight at 171, and Bivol would have done the rehydration clause no problem,” said Hearn. 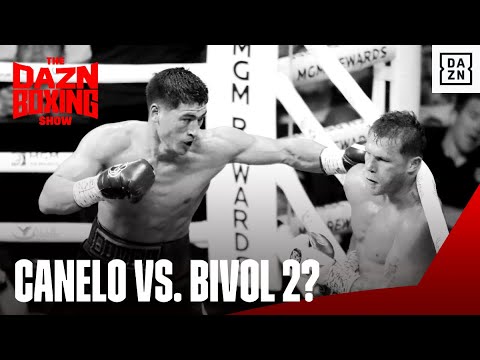