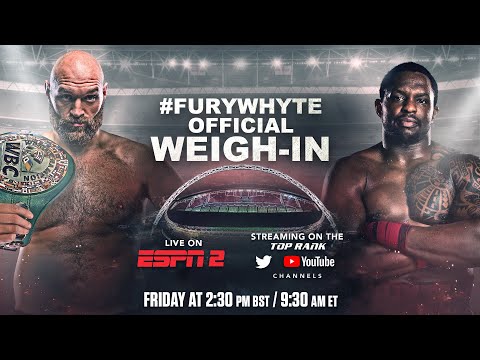 It’s fight week. Tyson Fury will defend his WBC/Lineal/Ring Magazine heavyweight titles in an all-UK super fight against Dillian Whyte this Saturday, April 23, in front of a UK-record crowd of approximately 94,000 at London’s Wembley Stadium.

Promoted by Frank Warren’s Queensberry Promotions and Top Rank, Fury-Whyte will be broadcast live on ESPN+ PPV (and all major PPV platforms) in the United States starting at 2 p.m. ET/11 a.m. PT. 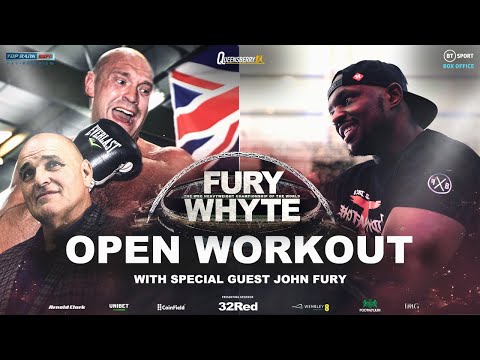 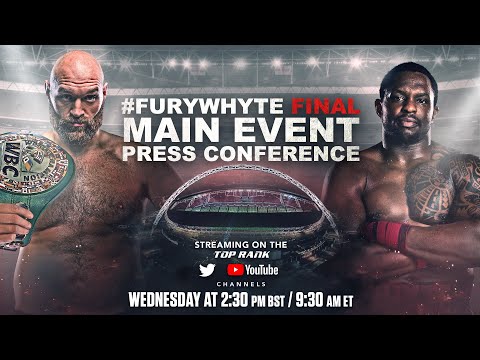 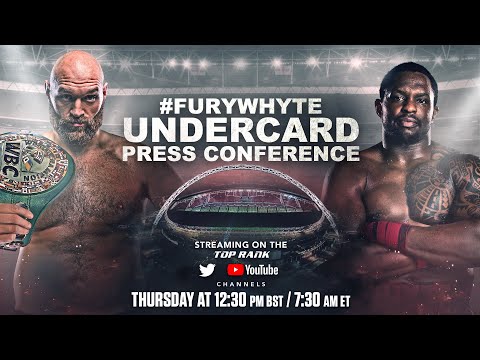 Before the pay-per-view telecast begins, Top-Rank signed Irish Olympian Kurt Walker (1-0, 1 KO) will compete in a four-round featherweight bout against an opponent to be named.

Frank Warren, who is promoting the show in association with Bob Arum’s Top Rank, said: “I am delighted to finally be able to reveal what will be a competitive undercard in support of the big one that we have all been waiting for.

“I genuinely believe that as soon as Anthony Cacace gathers some momentum in his career, he has got what it takes to win a world title and securing the WBO International belt will put him firmly on track. But he is up against a dangerous and experienced opponent in Jonathan Romero and will need to be at his very best on the night.

“I am so looking forward to seeing our man Nick Ball get the chance to really announce himself on the big stage against Tyson’s sidekick, Isaac Lowe, and it should be a cracking fight. The WBC Silver title on the line will propel the winner right into the world mix at featherweight.

“Big David Adeleye, a regular sparring partner for Tyson, will add the heavyweight theme of the night and will relish the big stage.

“I am delighted that Tommy Fury will get to share some of the spotlight with his big brother after missing out on his big fight last year through illness. If Tommy keeps on winning and continues to shine, his big opportunities will soon follow.

“I would also like to welcome Kurt Walker, the Irish Olympian signed to Top Rank, onto the card.”

On the same day that undercard was unveiled for Tyson Fury’s WBC/Lineal/Ring Magazine Heavyweight Championship of the World collision with challenger Dillian Whyte on Saturday, April 23, it was confirmed that 4,000 additional tickets now set to go on sale at midday tomorrow from Ticketmaster making Fury-Whyte the record-breaking sporting event to be held at Wembley Stadium connected by EE.

The supporting cast at the national stadium is headed up by a return to the ring for the British junior lightweight champion, Anthony “The Apache” Cacace.

Cacace (19-1, 7 KOs) stepping up in class after making a successful first defense of his title against Lyon Woodstock in August of last year. The Belfast native will fight for the vacant WBO International title in a 10-rounder against Colombia native Jonathan Romero (34-1, 19 KOs), a former IBF junior featherweight world champion.

In a 12-round domestic duel where fireworks are guaranteed, the vacant WBC Silver featherweight title will be on the line when Tyson Fury comrade Isaac Lowe (23-1-3, 6 KOs) takes on undefeated Liverpool native Nick Ball (14-0, 7 KOs).

The winner of this prestigious belt will be catapulted into the WBC world rankings.

Ladbroke Grove’s young heavyweight star David Adeleye (8-0, 7 KOs) will clock up his ninth fight and his second eight-rounder as a professional against Stockport’s Chris Healey as he closes in on title contention.

Jermell Charlo: Brian Castano will be “crying” on May 14th »