Jermell Charlo: Brian Castano will be “crying” on May 14th

By Allan Fox: Unified junior middleweight champion Jermell Charlo said during Thursday’s virtual press conference that he would have WBO champion Brian Castano hurt and “crying” next month on May 14th when they meet for their rematch at the Dignity Health Sports Park in Carson, California.

A year after his controversial 12-round draw, Charlo seemed VERY angry during Thursday’s press conference.

Rather than being angry at Castano, Charlo should be upset with the judges that scored their previous fight a draw because they’re the ones that have caused the need for a second fight.

The last time the two champions fought, it was scored as a questionable 12-round draw last year on July 17th at the AT&T Stadium in Arlington, Texas.

That was home territory for the Texan Charlo, and many boxing fans believe that two of the judges spared him a loss that he should have been given.

Fans focused on the judge that scored it wide for Charlo, giving it to him by an unbelievable 117-111 [9 rounds to 3] margin as a sign that the visiting fighter Castano never stood a chance of winning a decision.

“I’m planning to bring some tricks out of the hat this time,” said Jermell Charlo during Thursday’s virtual press conference.

“I’m going to be better, faster, stronger, and more relentless in this fight,” said Jermell about how he plans on fighting during the rematch.

If Charlo, 31, wants to win the rematch convincingly, he would do well to take a page out of his friend Errol Spence Jr’s recent victory over Yordenis Ugas last weekend.

Spence threw over 700 punches during the fight before it was halted in the tenth round, and he was like a machine with his work rate.

In contrast, Jermell Charlo fought in brief spurts last July against Castano, not throwing enough and letting the Spence-like Castano get the better of him with his high volume attack.

I’m dead focused and laser-sharp. I’m going to have him hurting and crying. This isn’t about Castaño. This is about Jermell Charlo,” said Jermell speaking in the third person.

If Charlo wants to have Castano in tears, as he says, he must increase his work rate because he didn’t throw enough punches to win the fight.

Unfortunately, this is how Charlo has ALWAYS fought. In that respect, he’s like Canelo Alvarez, holding off and conserving his energy for brief spurts and then resting his batteries for a minute before another short burst of punches.

“I want to step up to the plate and be greater than I’ve ever been. I didn’t come this far to give up or let somebody like this come beat me,” said Charlo.

“I’m going to break him, and I will make him suffer,” said Brian Castano about Jermell. 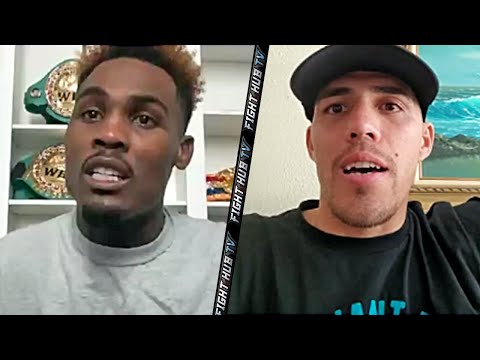