Spence not worried about KO of Ugas, just wants the win

By Chris Williams: Errol Spence Jr. isn’t worried about knocking out Yordenis Ugas this Saturday night in their main event welterweight unification fight at the AT&T Stadium in Arlington, Texas.

This is a critical fight for Spence because he needs a win over the talented Cuban fighter Ugas to move forward to battle WBO welterweight champion Terence Crawford for the undisputed championship later this year.

Losing to Ugas would spoil Spence’s plans, bringing him back to square one in his career.

Spence just wants to make sure his hand is raised in the end because he knows what sometimes happens when fighters put their whole emphasis on trying to get a knockout to please the fans. They get beat.

Errol is coming off a 16-month layoff since his tougher than expected December 2020 war against Danny Garcia.

“I want to become the future undisputed champion of the world. The first to ever do it.”@ErrolSpenceJr has BIG goals 👀

The long layoff is another reason why it’s important that Spence, 32, not go looking for a knockout in this fight. Being out of the ring for that long is tough enough as it is, but it’s worse when you’re taking on a talented fighter like Ugas.

When Brook was in his prime before meeting up with Gennadiy Golovkin in 2016, he was a better fighter than Ugas, but by the time Spence fought the British fighter in 2017, he was coming off an eye injury against the Kazahstan warrior.

You have to believe that if Spence annihilates the 35-year-old Ugas, he’ll do the same thing to the 34-year-old Crawford, who looked beatable in his recent fight against Porter.

Ugas might be every bit as tough a hurdle for Spence as Crawford is now, and if he can beat him, it’ll be cake for him to finish the job against the Omaha, Nebraska native.

“I got to finish him on Saturday night. I going to put on another great show,” said Spence.

“I need don’t need a KO. I feel like fighters that go for KOs end up losing the fight,” said Errol. “For me, if a KO comes I’m definitely gonna take it, but I’m good with a victory, too. 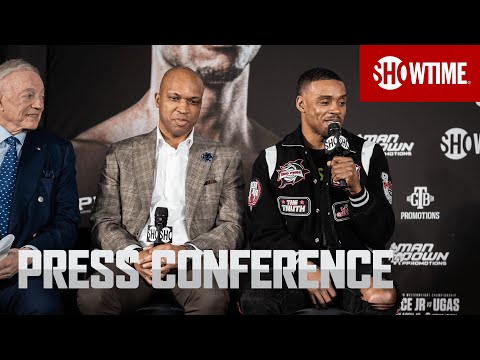